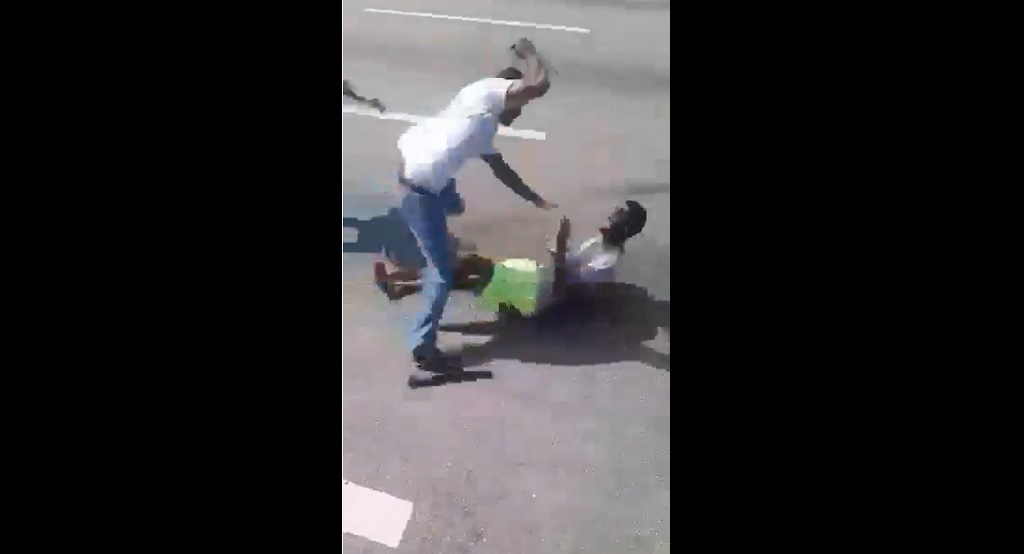 A woman who was stabbed, along with her partner, in what is being called a 'road rage' incident, is refuting allegations that the incident involved a love triangle.

Speaking on CCN TV6 programme 'Beyond the Tape', the woman said contrary to comments being made online and in some media reports, she had never met the attacker before.

She said she was driving with her partner when they observed another vehicle driving erratically, and the vehicle collided with theirs.

The altercation then ensued in which she and her partner were stabbed several times. The incident was captured on video and shared online.

"Everyone is making up these stories about 'love triangle'. I never saw him before. I went the next day to make the report, and I asked the officer, what's going to happen now? He said 'we're going to do investigations and we'll give you a call."

She said she decided to speak out after seeing the false reports claiming that she chose not to press charges, which is untrue.

In an update from police sources on May 14, LoopTT was told that charges were expected to be laid against a 33-year-old man after the incident.

The suspect is expected to be charged with wounding with intent and for injuring persons via dangerous or “furious” driving.

The latter charge falls under Section 26(1) of the Offences Against the Peron Act which states, inter alia, (1) Any person, having the charge of any vehicle, who, by wanton or furious driving, or other wilful misconduct, or by wilful neglect, does or causes to be done any bodily harm to any person whatsoever, is liable to imprisonment for four years.