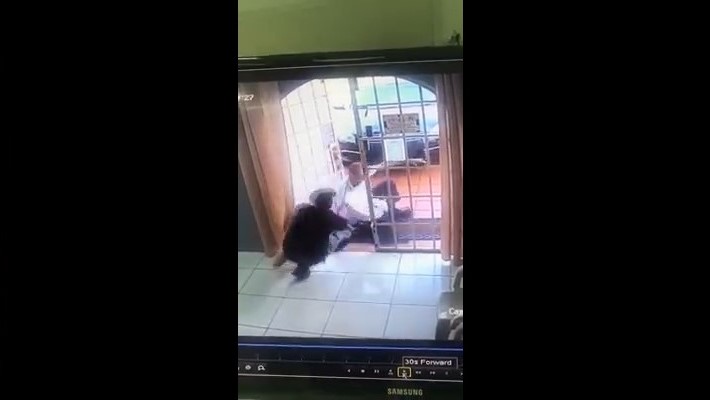 One man, who is believed to be involved in an attempt to rob a doctor in San Fernando, is expected to appear before the courts on Monday.

The suspect, police said, has addresses in Embacadere and La Romaine, and was held in  Mon Repos with a loaded firearm shortly after the incident was reported.

He is expected to appear on allegations of firearm and ammunition possession.

Footage of the attempted robbery has since been released on social media and police are seeking the public’s assistance in identifying the second suspect involved in this report.

A man was seen sitting in the waiting room of the office, apparently pretending to be a patient.

As the doctor spoke with the man, another suspect approached the door to the office and the doctor moved to open the door for him.

It was then that the ‘patient’ pulled out a firearm and attempted to grab the doctor from behind.

The 62-year-old medical practitioner tried to flee the scene, fighting off the suspects, who attempted to pull him back into the office by his shirt.

The doctor eventually removed his shirt, allowing him to escape.

The assailants then stole a quantity of cash from inside the office.