Watch out for mild Saharan dust next week 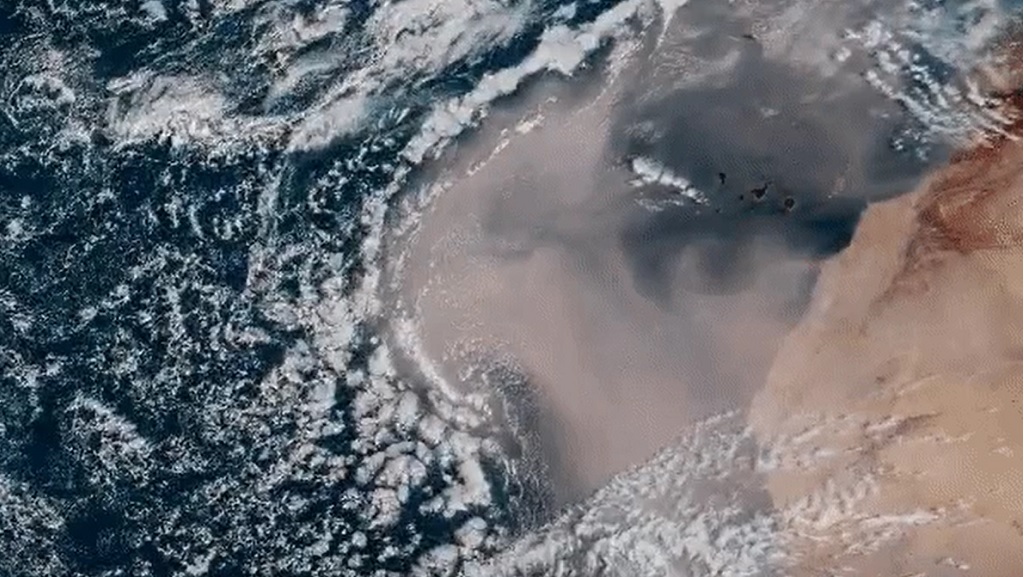 Photo courtesy the US National Oceanic and Atmospheric Administration (NOAA).

People with respiratory conditions or who are susceptible to dusty conditions are advised to take precautions due to a mild increase in Saharan dust in the coming days.

Satellite footage shared by the US National Oceanic and Atmospheric Administration (NOAA), showed Saharan dust blowing across North Africa, some of it heading west.

(Video footage via the NOAA.)

However, the Trinidad and Tobago Meteorological Service said that the plumes of dust remain mostly to the east of the Caribbean, with generally mild dusty conditions within the next four days or so.

Meteorologist Alex Young said the Saharan dust is occurring within the Atlantic ocean with only mild amounts reaching the southern Caribbean and Windward Islands from Monday, February 11, 2019.

He warned that this model data is subject to change as weather conditions develop.

Nevertheless, the majority of the Saharan dust should remain well to the east and south of Trinidad and Tobago.

Persons who are asthmatic or particularly vulnerable to dusty conditions are advised to take the usual precautions by limiting their exposure and keeping their medication handy.