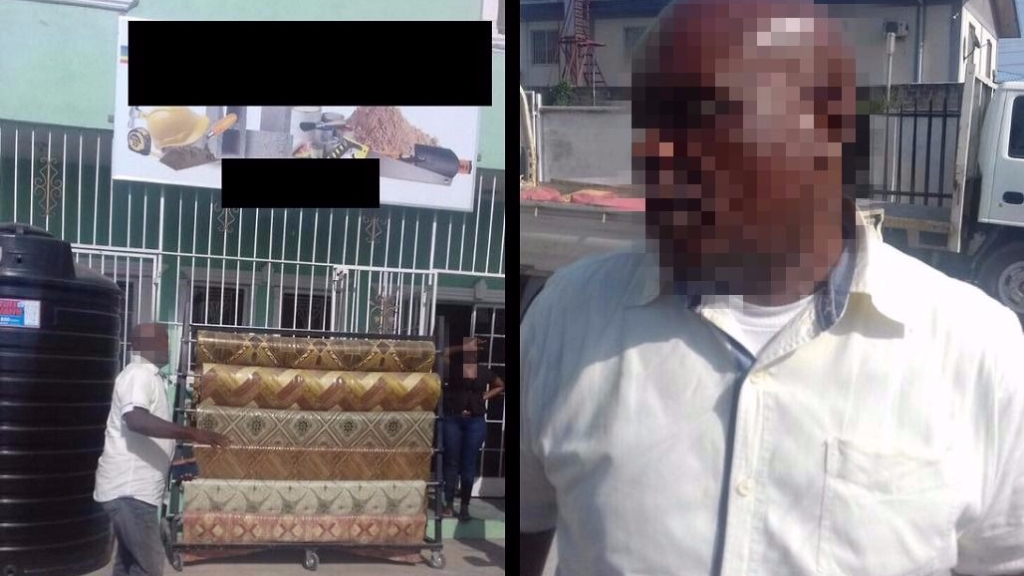 An angry woman documented her encounter on video after she said she paid a contractor $50,000 to carry out construction on her property, however he allegedly disappeared without doing the work.

The video, which was shared on social media last week, went viral with almost 300,000 views and over 5,000 shares, as citizens attempted to warn others about the alleged con-man, who reportedly owned a hardware in Curepe.

“(Contractor) took my $50,000.00 as a deposit to do construction in my property in December 2015 he guaranteed a move in ready property in 5-8 months. Then came the excuses and in May he disappeared. Hardware emptied and office gone frome Curepe.”

“Then by chance I found him again in September 2016 and he give me a cock and bull story about sending out a letter informing me of his move and change if ALL HIS CONTACT INFORMATION.”

The woman can be heard in the video demanding her money as the man attempts to avoid her.

"I want my money last year, I'm not joking. The money is so small then give me my money. You know why I'm taping it, you're so full of lies," the distraught woman said.

The woman said the man has since moved twice and she is asking for help in finding him, so she can contact the authorities.

“Please help me find this man. I'm sure I'm not the only person he's done this to. Please share till he can't hide anywhere or scan anyone else,” she said.

Calls to the numbers provided on his business cards were unsuccessful as the numbers were out of service.

The man also appeared to have a slight accent, indicating he might not be a Trinidad and Tobago citizen, or may have lived in another country for some time.

Citizens expressed their anger, with some even recounting their own experiences with scammers.

“Take him to Court and before the fraud squad.”

“Well he has to be somewhere. .Get a Judgement against him..Won't guarantee your money back..but at least it's something?”

“Omg this is so unfortunate see what it good to do proper research and I investigation so sad but she may never get it back.”

“He's a big thief & preys on women's need for good workmen. Then once he's used his charm n sweet talk n yuh money gone. He stops answering his phone. Attention fraud squad I'm will info to testify once u catch him my mom n I lost thousands too.”

“Such a lowlife, pay the woman her "small money", so shameless.”

“Most conmen or conwomen has a way with words (charisma) that makes u trustworthy of their actions. Im sorry this happen 2 u. I really hope by the grace of God u get your money plus more.”

“One took my $2300.00 for down payment on cupboards since June 7th 2017, I have not seen or heard from him since, he's not answering his phone or returning messsages . My consolation, I wrote out a receipt and had him sign which will stand up in any Court of Law.”

“Shine him up dam bold face thief I would have gone every day.”

“I feel your anger....this was done to me last year by one (name omitted) from Diego Martin. I'm biding my time and strategists to put his arse on jail.”

“Bass man give the woman back she money, if you know you wronged her, give she back the money she either borrowed or saved nah. Be very careful because when her cries reaches the almighty God you go be in real hot wata!”

Mike Tyson returns to ring, draws in exhibition with Jones