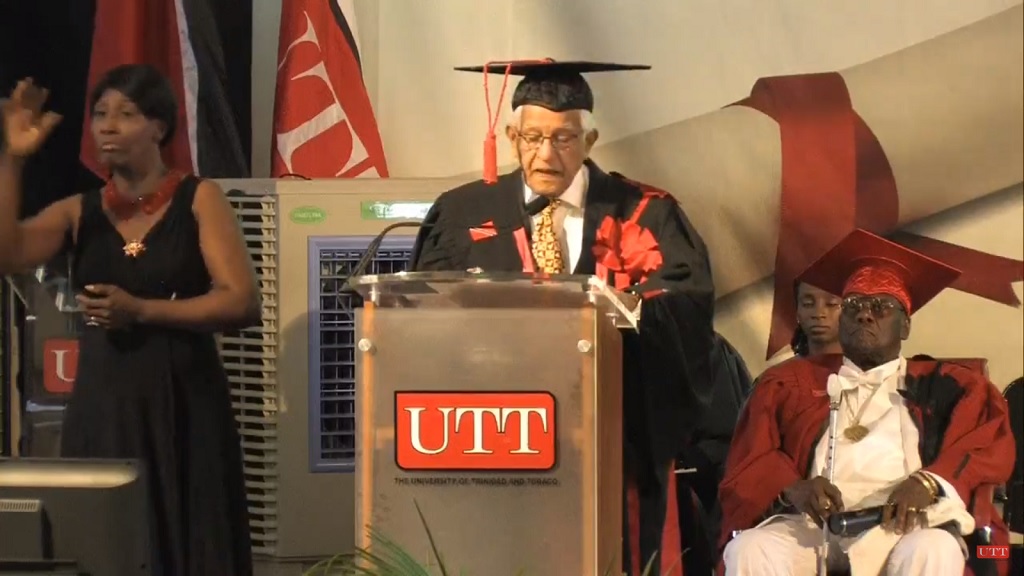 Former prime minister Basdeo Panday said young graduates need to be able to create new jobs instead of simply searching for them.

Panday was speaking at the University of Trinidad and Tobago (UTT) on Thursday at its Presentation of Graduates Ceremony at O'Meara Industrial Estate, Arima, after receiving an honorary Doctor of Laws.

Speaking upon receiving his award, Panday said he was ‘humbled and honoured’.

“There is a need of total reform of our education…particularly at the tertiary level with the object being producing graduates with the relevant skills and competencies…able to solve complex, real-world problems.”

Panday said during his tenure as prime minister he launched the Prime Minister’s Awards for Innovation and Invention which sought to foster economic diversification.

“I am convinced that the UTT can produce world-class graduates with an embedded culture for innovation and entrepreneurship,” he said.

He urged UTT graduates to take charge and utilise their knowledge to lead the country forward.

“Use your ingenuity to create novel products…(and) start new enterprises. Stand tall, dream big and think bigger. Trinidad and Tobago may be our home but the world is our market.”

“In today’s society do not be spectators but active participants…be brave, stand firm, and be counted,” he said.

Panday to be given Honorary Doctor of Laws from UTT