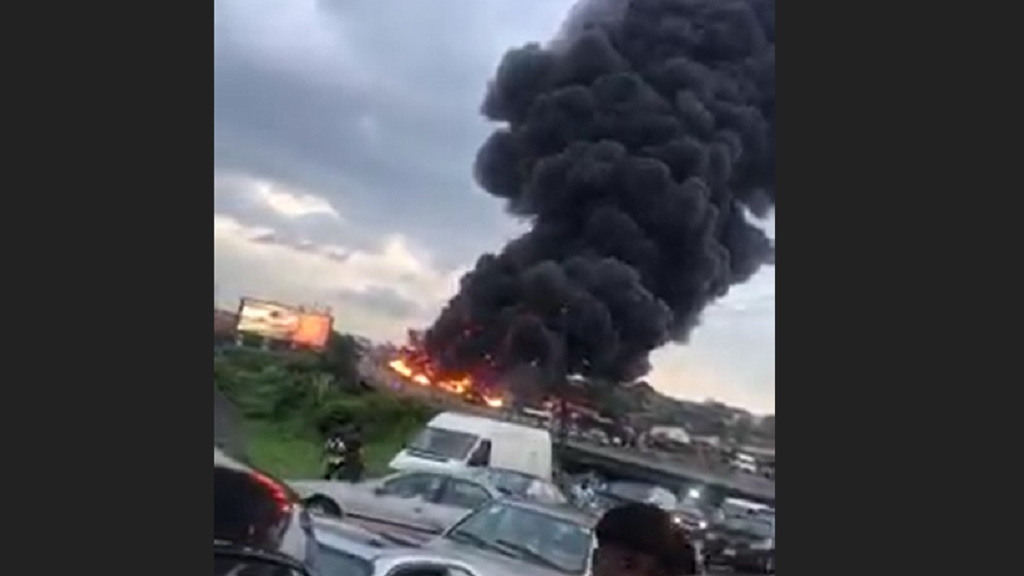 Nigerian officials say nine people are dead after an oil-carrying tanker truck crashed and burst into flames on a bridge in Lagos.

The Lagos state emergency management agency says in a statement that one of the dead was a child. Another four people were injured in the accident Thursday evening, and 54 vehicles were burned.

It is not immediately clear what caused the crash.

The statement says fire, police and other authorities are on the scene amid efforts to clear the road of the destroyed vehicles. Local television footage showed emergency responders walking among the charred-white vehicles, some of them still burning inside.

Lagos is Africa's largest city, with a population of more than 21 million people. Nigeria is one of Africa's top oil producers.

Messi, Argentina scrape into round of 16 with 2-1 win over Nigeria