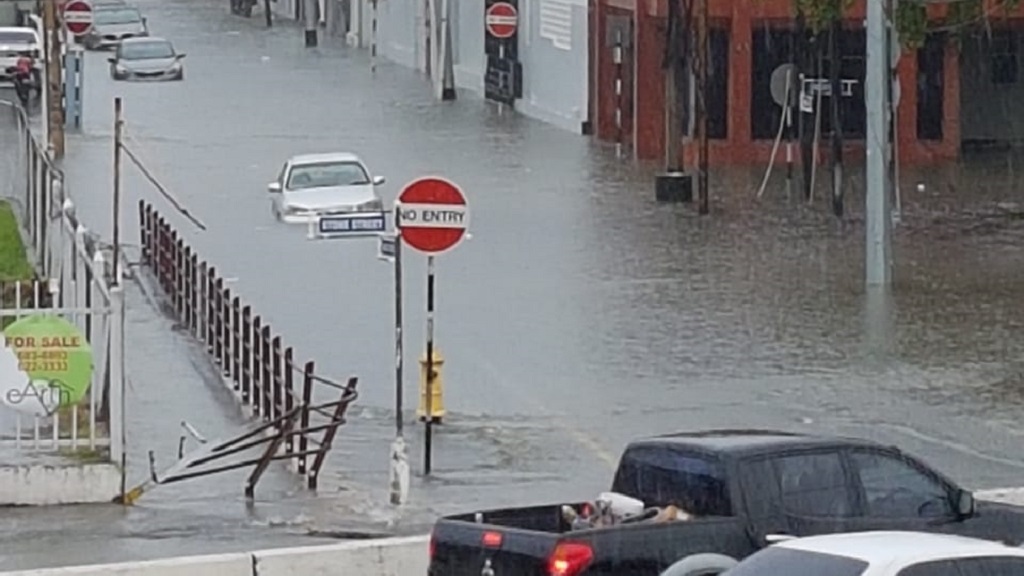 Is this the new normal?

Photos and videos showed that once again, a heavy shower of rain resulted in flash flooding throughout parts of the capital and North Trinidad.

Videos submitted via social media showed flash flooding in San Juan, Barataria, as well as parts of East Port of Spain, including Morvant and Beetham Gardens.

Video footage showed dangerously high water levels along the Priority Bus Route near Barataria, while another showed a floating dustbin amid floodwaters in the car park of a building in Morvant.

Following the passage of Tropical Storm Karen, flash flooding was reported across parts of Trinidad and Tobago in September 2019.

The Trinidad and Tobago Meteorological Service warned of a higher risk of flooding along with hot spells for the months October to December, 2019.

Have you been affected? Let us know in the comments.

Rains cause flooding in South