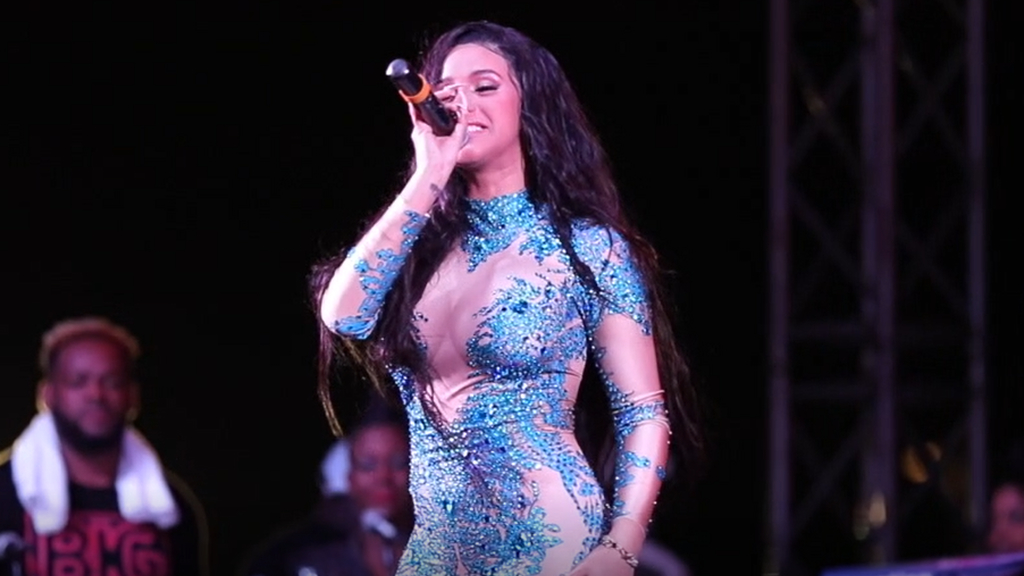 In spite of the late start, several artist no-shows, and rain, in true South fashion, guests still had a time.

Teddyson John kicked off the live performances at midnight, followed by Shenseaa and Nailah Blackman.

While heavy rainfall had some running for shelter, it seemed to be a minor hiccup for many, as they wined and jammed to DJ sets while patiently awaiting Bunji and Cardi B. Some were prepared, pumping in the rain with their umbrellas.

Determined to give his guests a great show despite the odds, Bunji had a marathon set, along with Fay Ann Lyons, filling the spots for those who didn't hit the stage.

Cardi B hit the stage just before 3AM, performing her monster hit track 'Bodak Yellow' and 'Bartier Cardi' before welcoming Machel Montano on stage.

WATCH: Cardi B arrives to warm Trini welcome ahead of Big Bad Soca