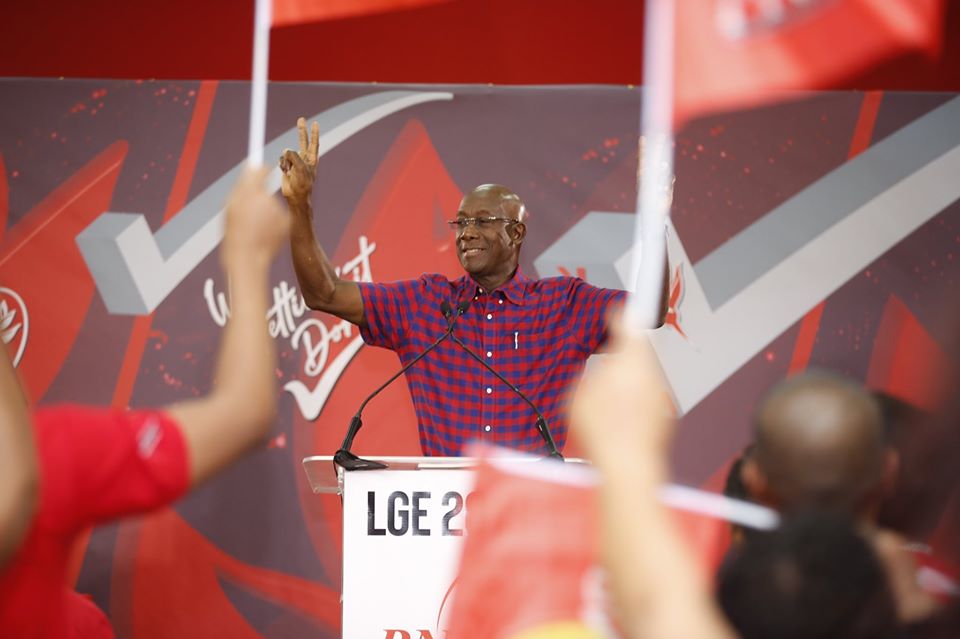 Despite losing some of its previously-held seats to the United National Congress (UNC) in this year's Local Government Elections, the People's National Movement (PNM) has declared victory at the polls.

PNM leader Dr Keith Rowley in his victory speech noted that the PNM won 74 of the 139 seats.

The UNC and PNM tied to win seven-seven corporations.

Rowley said the PNM fought hard and maintained its position, noting that the campaign was not easy.


"We are a little disappointed that we didn't pick up in one or two areas where had hoped to improve our position. But while we are disappointed... but we are not surprised by the outcome."

The PNM leader said, however, that he was pleased with the margin of results in the Corporations held.

He noted that they made a number of clean sweeps at several corporations.

The PNM won in Arima, 10-nil in Diego Martin, 12-nil in Port of Spain, six-nil in Point Fortin and six-three in San Fernando.

Responding to concerns that road works were done around the time of the elections, Rowley assured that it had nothing to do with the elections.

“So we don’t stop working because an election is due.”

Regarding the possibility an early general election, the PNM leader said the election would be called when it is constitutionally due.