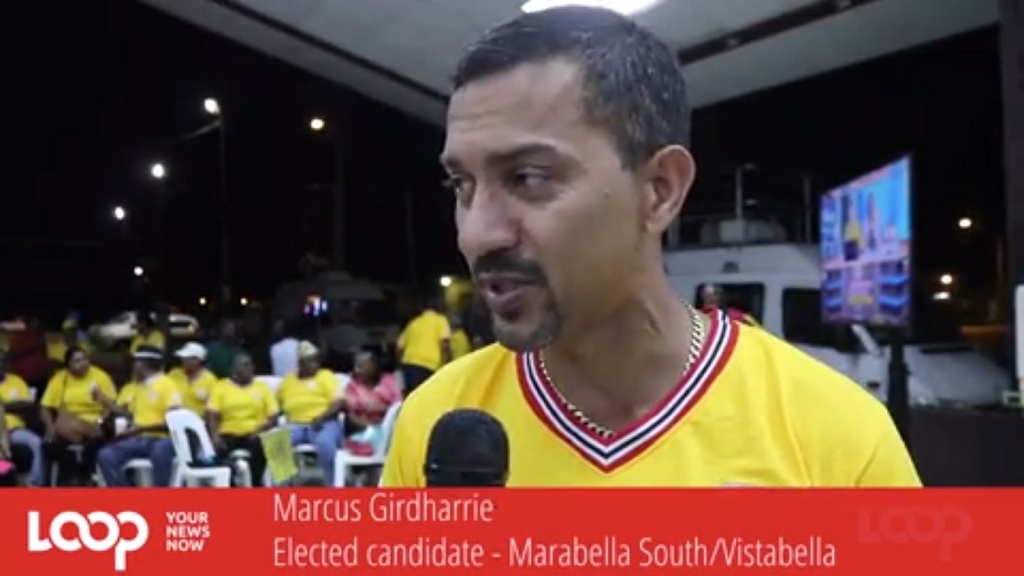 The former PNM stronghold of Marabella South/Vistabella will now look to winning UNC candidate Marcus Girdharrie to help them resolve issues within their electoral district.

Speaking to Loop News at UNC headquarters after hearing of his victory at the polls, Girdharrie said based on his walkabouts and speaking with people of the area, it appears that PNM supporters are frustrated that their needs are not being met.

“They are frustrated with the complacency, there is nothing being done…it’s just doom and gloom in their sights,” he said.

Girdharrie said it was a ‘hard fight’ as the incumbent councillor had previously served two terms, but said he is willing to take on the challenge and serve the people of his community.

The UNC made inroads into former PNM territory, winning three of nine seats, which had formerly been PNM areas.

UNC Chairman David Lee said to Loop News that the results were indicative of the hard work that the party has been doing.