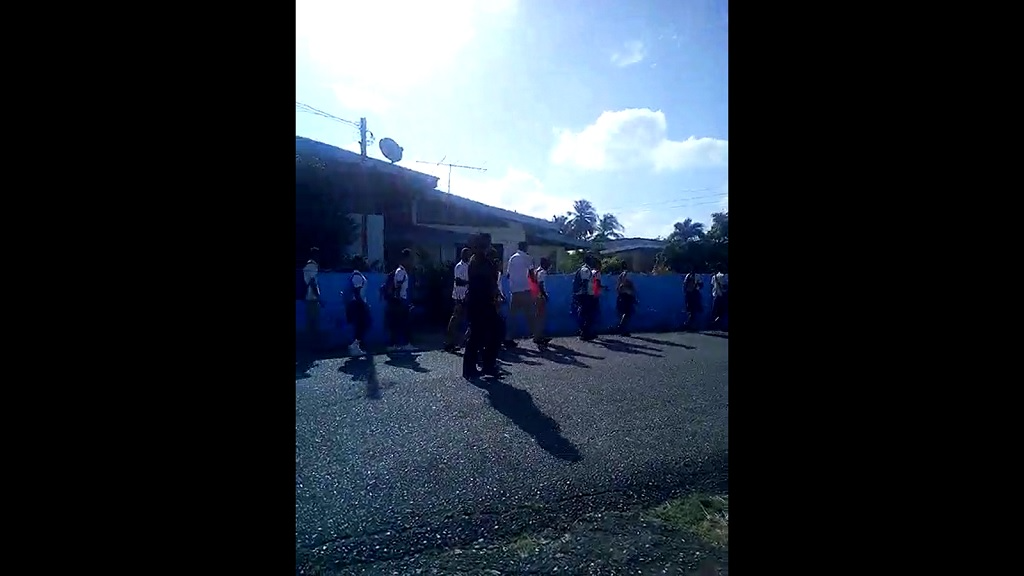 A video showing students being escorted to school by police officers has gone viral online.

The video, which was said to be recorded on Monday, showed police officers escorting students to their school in Barataria.

According to reports, the students had been spotted playing loud music while waiting for taxis in Barataria.

The officers were praised by citizens for making sure the students did not stray from their classes:

"This is the side of the police that we need to see more of serving as well as protecting, well done we applaud your decisions and implementation."

"Long overdue, praises to the Officers. These children waste their time and parent's hard earned money standing at this corner (a few minutes away from their schools South and North) waiting for fancy vehicles with "hard pound".........I love it! Hats off to the police!"

"Sooooo proud of the TTPS...if the parents won't do it...the police will. So Happy to see this...our Police officers at work and we are sooo proud of you all. Way to go...this alone if sustained will redound to the benefit of both citizens of TT and most importantly to that of the student."

"They need to come to city gate on a morning these school children lime in the terminal for hours and when security speak to them they are disrespectful and one even brought their parent for the security but their behaviour is ridiculous from primary to secondary."

"I'm so happy for this news. Would love to know if my 14 yr old kid was doing this and I wasn't there that she was sent straight to school."

Police officers praised for help on the highway