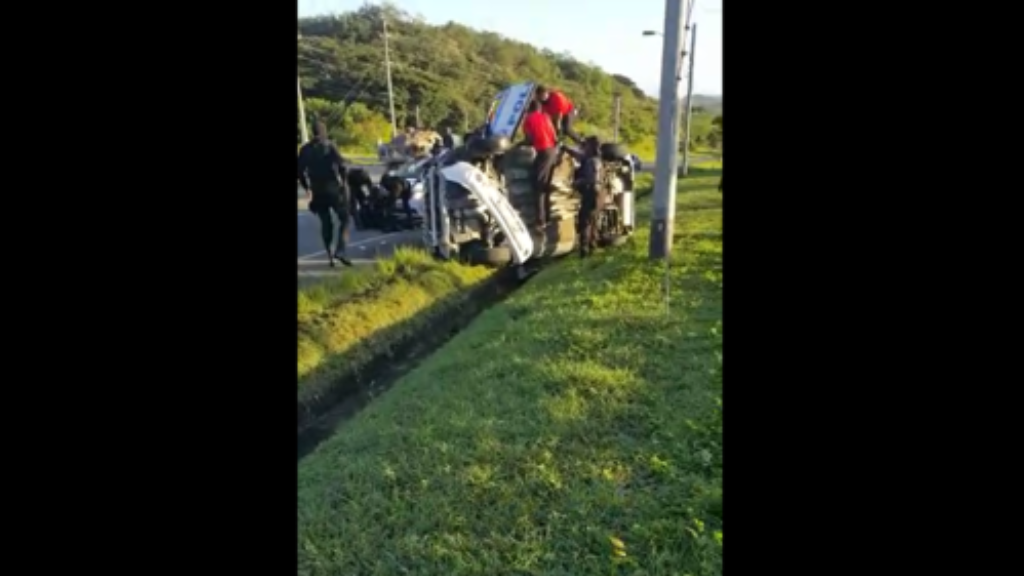 A police constable is said to be warded at the Scarborough General Hospital following a motor vehicular accident along the Claude Noel Highway on Friday.

According to initial reports, the accident took place around 7am today near Shaw Park.

While information was still coming in as of 10am, it was said to have involved a marked police vehicle, a Nissan Xtrail, as well as a white Nissan sedan motor vehicle.

It resulted in extensive damage to the front of the Nissan car, while the police vehicle flipped as a result of the impact, and landed on its right side.

The drivers of both vehicles were said to have sustained injuries and were both rushed for medical treatment.

The driver of the police vehicle, said to be a constable attached to the warrant unit of the Tobago Division, was said to have sustained extensive injuries to his right hand.

Christmas in jail for 8 Cuban nationals