The capital city of Port of Spain received some Christmas cheer with the inaugural launch of a 35-foot Christmas tree at Independence Square.

The launch, which took place on Thursday evening at the 'Cipriani roundabout' on Independence Square, featured performances from well-known parang celebrities Edwin 'Crazy' Ayoung and Anthony Tone Salloum who sang his children's favourite 'The Hat I Got for Christmas was Too Big'. 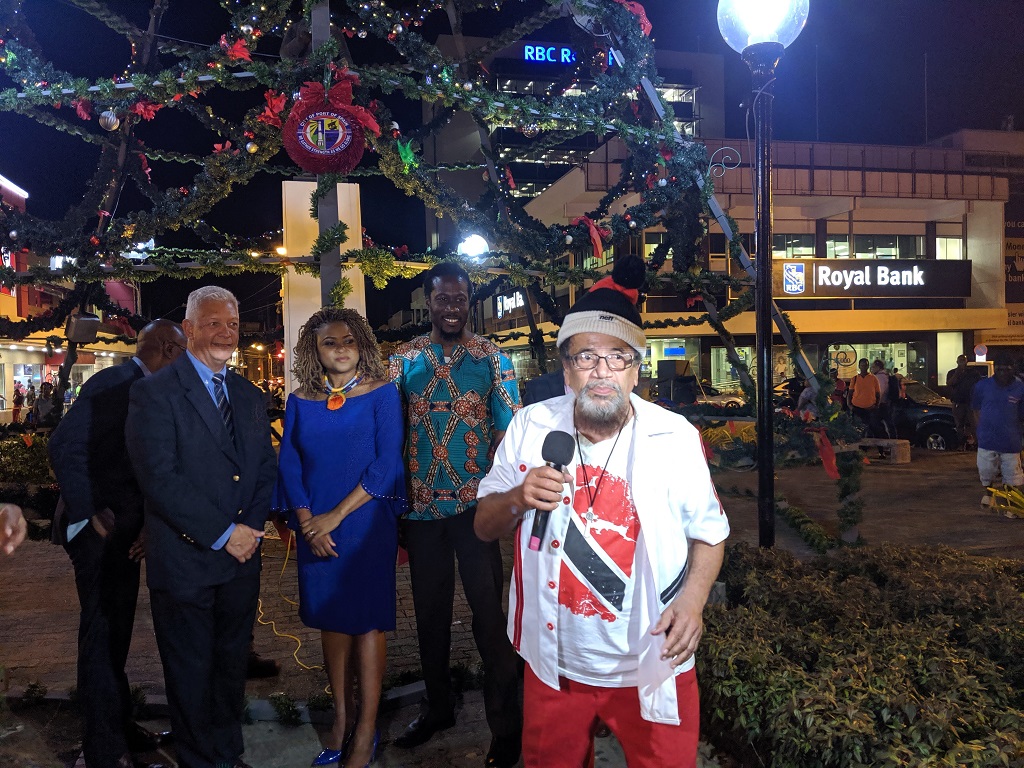 Port of Spain Mayor Joel Martinez said the feature will go a long way towards brightening the capital and encouraging more activity within the city centre.

WiFi for the roundabout was also provided by Digicel, which Martinez said was a positive measure on behalf of the city's corporate sector. 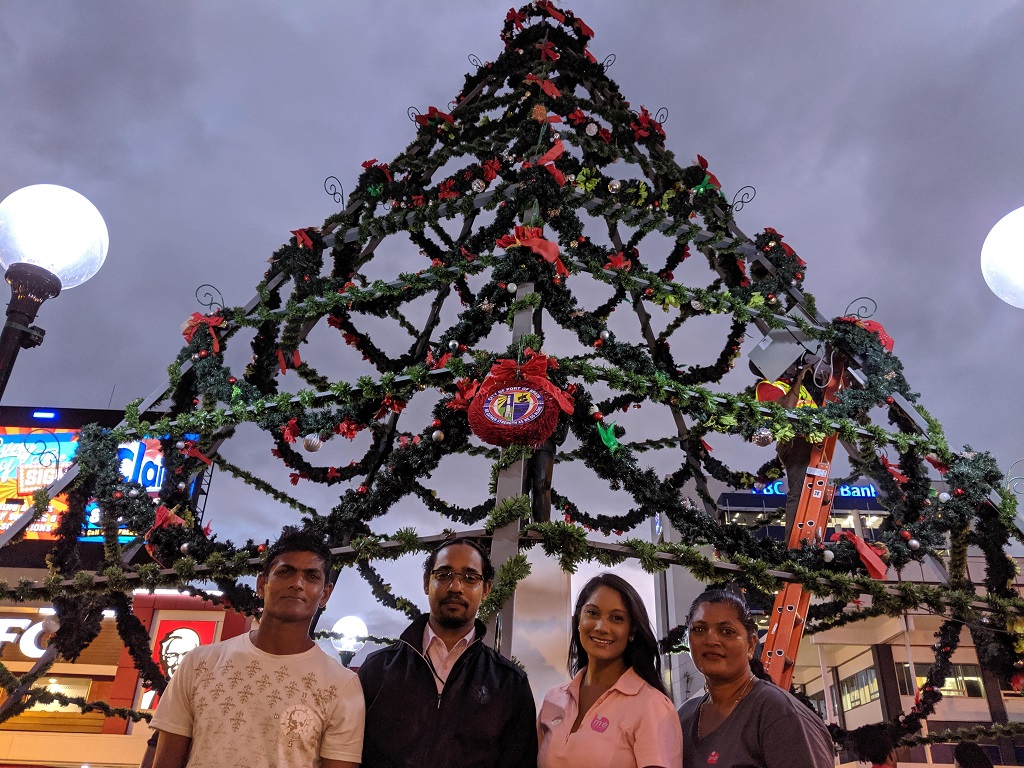 (Photo: Head designer, Shabania Carter, and her team stand in front of the Port of Spain Christmas tree for the lighting ceremony on Decemer 19, 2019.)

Martinez, who is serving his second term as mayor, said measures were being taken to renovate the shelter for the homeless at Riverside Plaza where the socially displaced would be able to bathe, have a hot meal and rest for the night.

He said that creating a more humane space for the homeless was a measure agreed upon with Archbishop Jason Gordon and he is seeking to fulfil his promise.