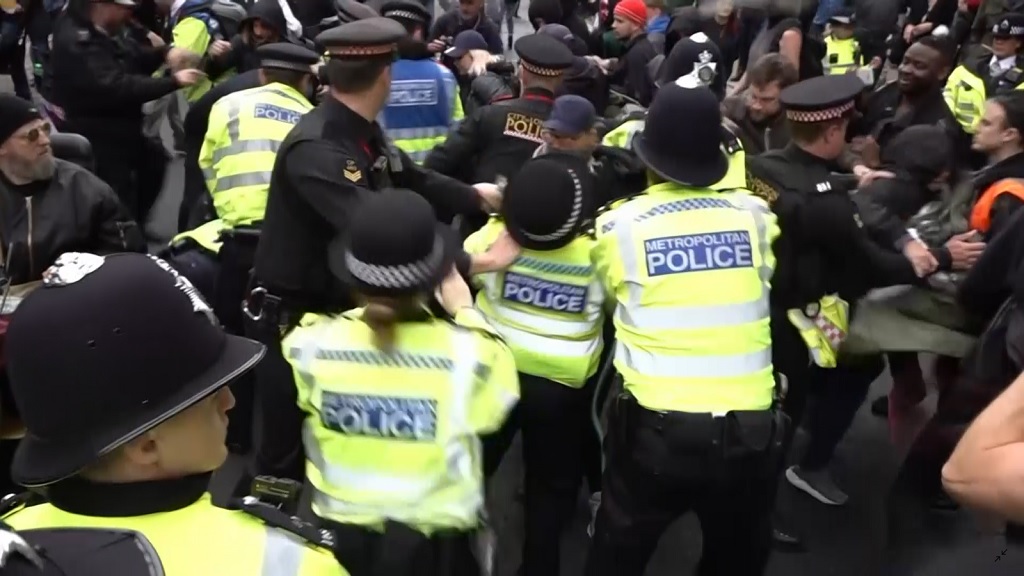 Scuffles break out on the edges of the anti-Trump protest in London on Tuesday after pro-Trump supporters, known far right and Yellow Vest UK activists, exited a pub on Whitehall to goad the march just as it started.

Later around 50 protesters tried to march on the pub and confront the far-right activists.

Police again intervened, scuffles broke out and one anarchist protester was arrested.

Thousands of anti-Trump protesters, meanwhile, marched down Whitehall towards Downing Street, where President Donald Trump was holding with Prime Minister Theresa May and members of her cabinet.

Amongst the banners and placards held aloft by the marchers was a 16 foot robotic likeness of President Donald Trump on a golden toilet.

Trump turns from pomp to business in UK visit

What next? A new delay could prolong UK's Brexit agony