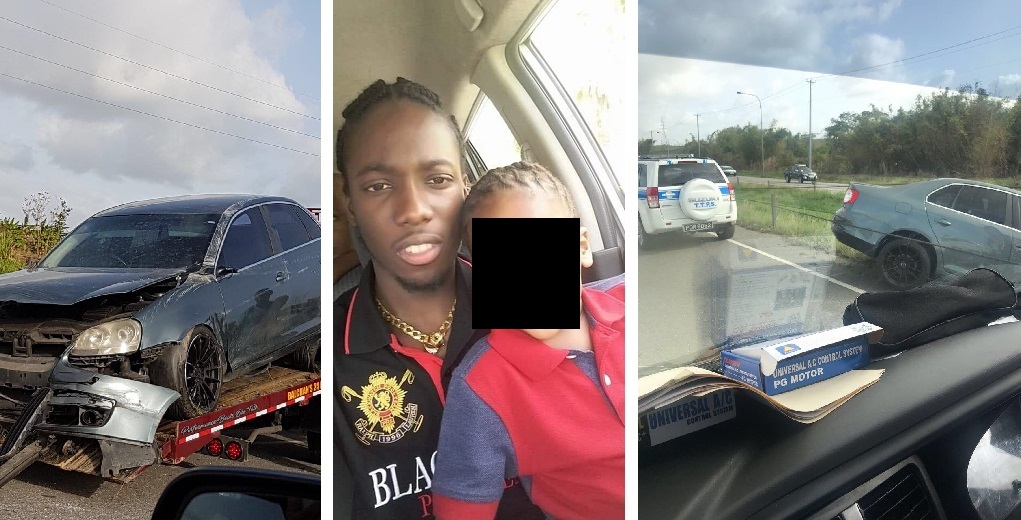 Questions are being raised on the circumstances surrounding the death of 24-year-old Keon Moore.

Moore, from Circular Road, Enterprise, was shot dead in a confrontation with police, at about 4:15 pm on Wednesday afternoon along the Sir Solomon Hochoy Highway, in the vicinity of the Children’s Hospital in Couva.

According to police reports, the 24-year-old had exited the vehicle with a firearm in hand and had opened fire on the lawmen. Moore was killed, LoopTT was told, when officers returned fire out of fear for their lives.

A firearm was even reportedly recovered in the vehicle.

However, since then relatives have claimed that the 23-year-old was executed by police, and have denied that he would have ever shot at the lawmen.

While not denying any links to criminal activity in the past, relatives told LoopTT that Moore was a man who was trying to change his ways, while very much aware of the life that he had led, and as a result he seldom left his house, unless he was in the company of others - especially children.

Wednesday was one of the few times he had left his home on his own, and it is believed he was targetted as a result.

And while not definite proof of their allegations and claims, a 14-second clip which has been circulating on social media on Thursday raised questions on the actions of the lawmen involved.

The video, which was recorded by a person who was driving along the highway, does not show Moore himself, nor the circumstances leading up to the footage.

However, it shows at least three officers shooting at someone who is in the ditch which is below camera frame.

The ditch itself is said to be about just about four feet deep at points, leading many to speculate that Moore would have already been on the ground – however, this itself cannot be confirmed.

At least eight shots can be heard in this clip alone.

Furthermore, what is troubling is that one of the officers in the clip could be seen running up to the location where Moore was, with an object resembling a firearm in this hand.

From the clip, he stands at that location for a short while – and at the same time four explosions were heard – before he quickly runs out of frame.

Central Division Police told LoopTT on Friday that they were made aware of the clip late Thursday night, and they were looking into the matter.

Church secretary on soup kitchen burglary: They took everything