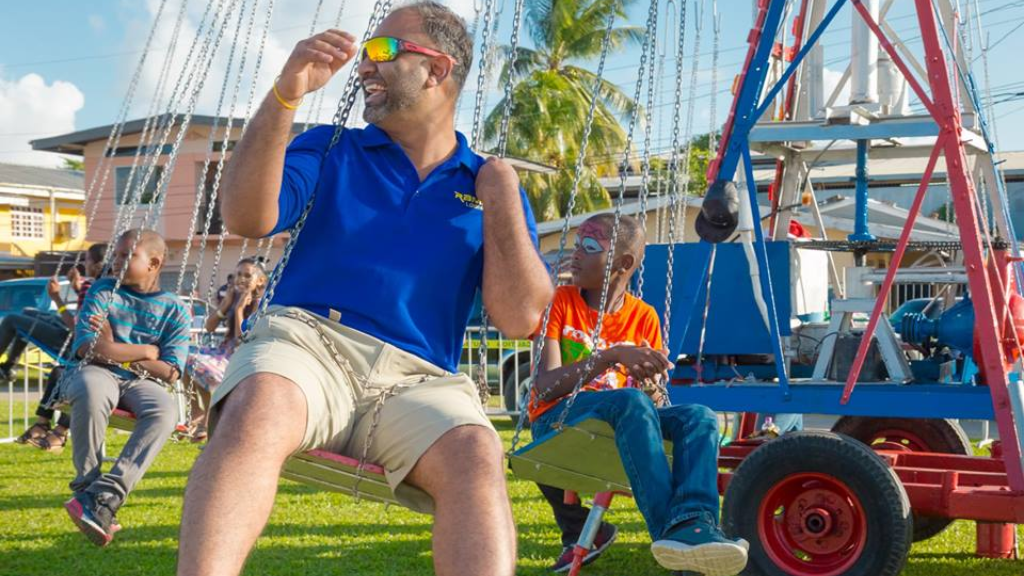 Logistics company Ramps Logistics is very invested in the community around them.

In addition to reaching out to family, friends, and stakeholders, staff also utilised their own funds, ultimately amassing over 600 gifts.

The initiative is just one of several that highlights the company's commitment to the community. In fact, they recently went beyond the call of corporate social responsibility when many residents were struck by heavy rainfall and flooding back in October.

Shaun Rampersad, CEO Ramps Logistics recalled the immediate aftermath of the flooding and how his team quickly jumped into action.

"That Saturday morning we were bombarded with calls. We have a Whatsapp group and started discussing what we could do, so we started with filling sandbags and told the public via social media that anyone who needed them.

"After our initial post on social media, people started commenting and telling us what they could contribute, who had x amount of meals here, y amount of meals there; who had fuel to give. Because we are a logistics company we started to coordinate a response team within hours. We started logging who needed help, from where and how to access them."

They brought on additional resources, asking some of their vendors like trucking companies to assist with deliveries.

“When we got to St. Helena, it was mind-blowing. It was emotionally overwhelming to see the extent of that damage, to be honest,” Rampersad said.

"We were out until 10 or 11 PM and continued updating our social so that by Sunday we were able to get mattress [contributions].

Even BHP Billiton reached out and organised a 20-foot container full of items from Pricesmart. When that emptied, the public continued to fill the container with donated items.

While he commended the work of his team and the wider community, Rampersad lamented the fact that government agencies like the ODPM don’t take advantage of corporate entities more in times of emergency.

“You have a lot of resources in the private sector, like us; we work in logistics, this is what we do," he said.

"There should be more of a partnership between the ODPM and the private sector. It would be great if the ODPM could run training sessions a few times for the year and invite corporate companies from all over Trinidad to participate…send out their HSE people, send out their coordinators so they can get some kind of emergency training so when a national emergency or crisis comes up they can reach to people who need and be properly equipped and have an idea of what to do and resources needed.”

On the horizon for 2019 is a summer vacation cricket camp which had its inaugural run this year in Trinidad and Guyana. The camp was a free two-week intensive professional training programme geared toward underprivileged children.