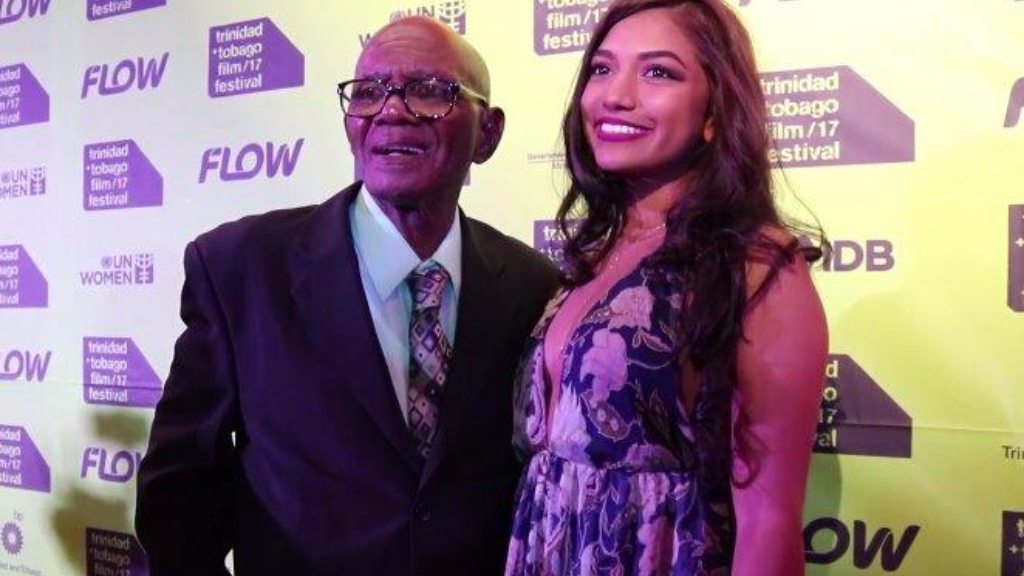 'Green Days by the River' author Michael Anthony strikes a pose with Nadia Kandhai, who plays Rosalie in the film adaptation

From the moment it was announced in early August that Green Days by the River would open the Trinidad and Tobago Film Festival, the excitement quickly grew to a fever pitch as many literary enthusiasts anxiously awaited to see the classic characters come alive on the big screen.

The National Academy of Performing Arts (NAPA) was filled to capacity on Tuesday as the TT Film Festival kicked off.

The cast of Green Days by the River were not the only ones who stepped on the red carpet; author Michael Anthony also got star treatment. Although he had not seen the film ahead of time, he indicated that he was honoured and even a bit surprised by all the buzz around the book.

Loop caught up with Anthony and Nadia Kandhai, who plays Rosalie in the film, who said it was a surreal experience to have gone from reading the book as a child to starring in the film.

We also spoke with guests after the screening to get their immediate reactions to the film.

Director Michael Mooleedhar’s adaptation is set in the idyllic countryside of 1950s Mayaro and re-tells the story of15-year-old Shell.  Newly arrived in the village, he quickly gets caught between his longing to be a man, and his child-like innocence in the face of adult cunning.

With adolescent hormones raging, amidst the beauty of the local girls and the Mayaro landscape, the quiet storm that’s brewing may prove more than Shell can handle and life as he once knew it may never be the same again.

Green Days by the River opens nationwide on September 27.