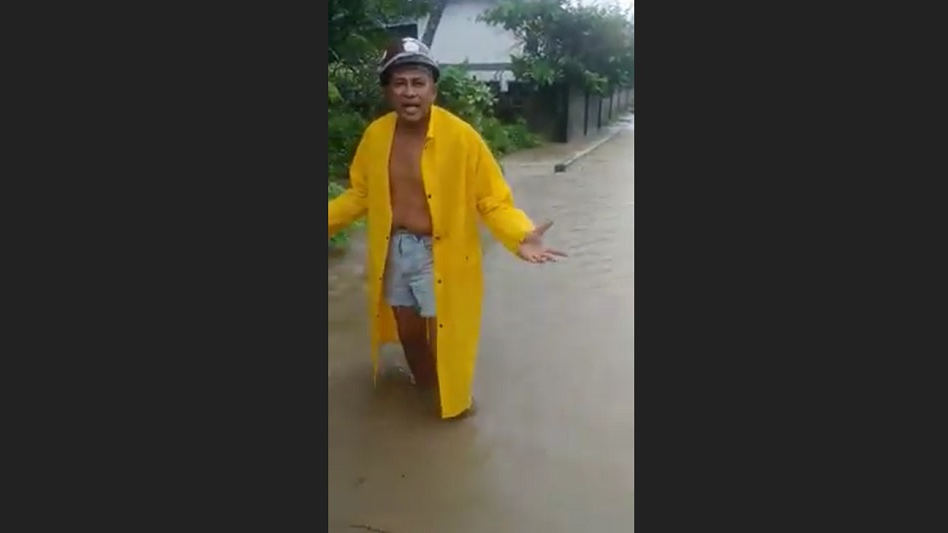 The Office of Disaster Preparedness and Management is urging residents in flood-prone areas to be cautious and secure their safety and that of their properties after flooding was reported across Trinidad on Monday.

Videos submitted by residents in Claxton Bay show extensive flash flooding after heavy rains. Other areas which reported flash flooding include St Joseph, Santa Cruz, and most of Port of Spain.

The Ministry of Works and Transport urged commuters to delay their travel in and out of Port of Spain by at least two hours to allow for flood waters to subside.

The ODPM's latest update as of 5:00 pm gave a report of flooded areas as follows:

There are reports of flooding from Morvant Junction to the Uriah Butler Highway. This includes in the vicinity of the Maritime Roundabout.

There are numerous reports of flash flooding in the Cocorite area.

Persons in affected areas are kindly asked to delay travel for approximately 1-2 hours and to avoid walking or driving in flood waters.

The ODPM said the Disaster Management Unit continues to monitor the situation and encourages residents to contact the DMU via its hotline number 800-CTTC (2882) for any emergencies.

"The Office of Disaster Preparedness and Management (ODPM), as the lead coordinator of Disaster Risk Management, remains in contact with the Ministry of Rural Development and Local Government and other first responder and support agencies to ensure immediate assistance can be rendered if called upon due to inclement weather conditions," the ODPM said.

The Trinidad and Tobago Meteorological Service issued an adverse weather warning on Monday, warning citizens of heavy rains due to an ITCZ.

The Met Office said a low-level trough is interacting with the Inter-Tropical Convergence Zone (ITCZ) and will result in adverse weather conditions until Tuesday.

The Office of Disaster Preparedness and Management (ODPM) would like citizens to Get Ready and Stay Ready by implementing the following steps:

1. Place important personal documents, valuables and vital medical supplies into a waterproof bag or container in an accessible location;

2. Pre-position sandbags around your property, especially if your area or property has a history of flooding;

3. If there are signs that flooding is about to occur near your property, move important items to a higher floor if possible;

4. After heavy rainfall, stay inside until water levels have subsided;

5. Do not walk, play or drive through flood waters of unknown depth and current;

6. If impacted by the adverse weather please contact your Municipal Corporation or the Tobago Emergency Management Agency (TEMA) through its toll-free hotline numbers.

Citizens should continue to monitor the website and social media profiles of the Trinidad and Tobago Meteorological Service and the ODPM for weather forecasts, alerts, warnings and cancellations.

The Met Office assured that Trinidad and Tobago is not under any tropical storm watch or warning.

Are you experiencing flooding in your area? Let us know in the comments below.