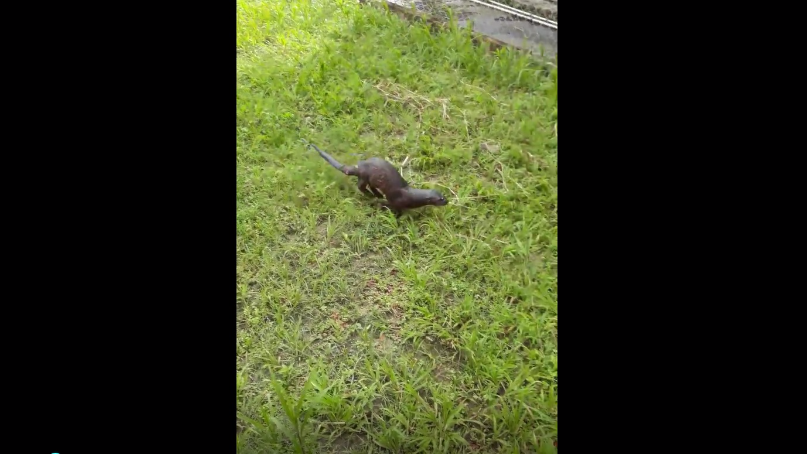 As rivers burst their banks and flooded major roads and communities, wild animals were seen crossing their usual boundaries and even encroaching upon homes.

In one such case in Debe, a river otter was spotted scampering away from a turbulent river in Debe as it sought calmer waters.

The video was shared to social media by the Trinidad and Tobago Field Naturalists Club last Friday.

The group said the animal was successful in finding calmer waters and was unharmed.

"The flooding in Debe is so severe that this Neotropical River Otter (Lontra longicaudis) choose to abandon the turbulent river nearby, probably hoping to find quieter waters [which it did]. While widely distributed, river otters are dependent on waterways which can be affected by unplanned development and pollution. Poaching also presents a threat." 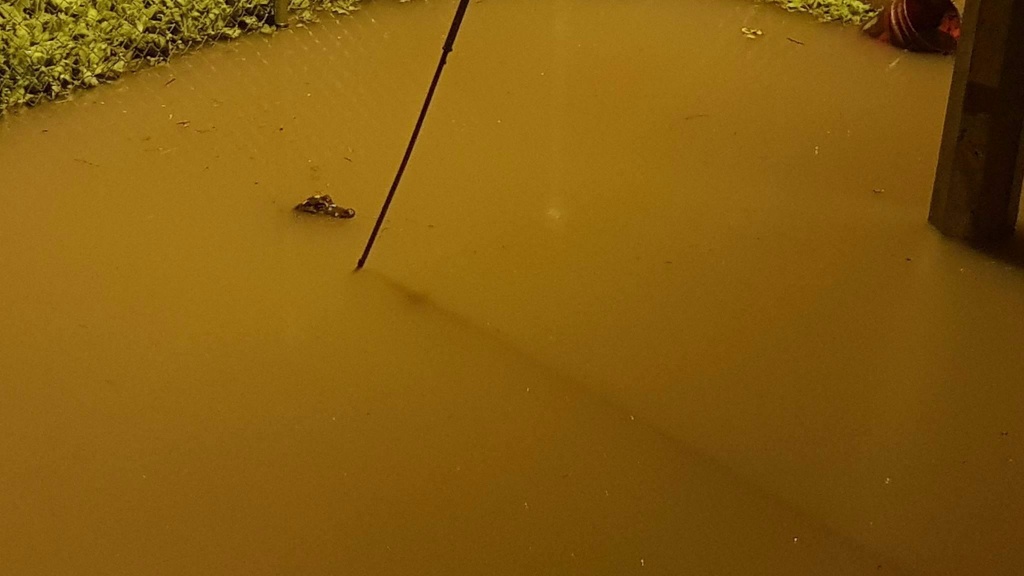 Local conservation group, the Wildlife and Environmental Protection of Trinidad and Tobago (WEPTT) cautioned citizens who spotted wild creatures to either wait and allow the the animals to disperse on their own, or contact the group who would assist in relocating the animals.

"With the still rising flood waters and while many of our homes are being flooded and disrupted, so are the homes of the animals around us. It should be expected to see many displaced animals, especially ones you would never guess you would see around your home such as snakes, caimans, large birds and even sightings of river otters and capybaras.

"Please understand that these animals mean no harm, and they certainly do not intend on staying. Like many of us, their intention is to survive. They do not want to be there as much as we do not want them to be. THEY WILL LEAVE ON THEIR OWN."

Thr group is advising anyone who spots a wild animal to do the following:

"1) Leave it alone – Do not approach the animal because a cornered animal will defend itself. Take a picture if possible so we can identify the animal accurately.

2) Call WEPTT at 341-9983 so we can properly identify the animal and advise you what you can do or if expert assistance is required.

3) Do not try to move the animal or get close to it without first identifying the animal with an expert and finding out if its possible and safe to do. They also guide and assist you in contacting officers of the Wildlife Section.

4) Most importantly, do not kill the animal. It does not want to be in your home as much as you do not want it to be there. Not only is killing the animal unnecessary, chances are, it is against the law since the animals are prudent to a sustainable bio-diverse environment that is already disturbed by the floods."

The group said thay have so far had multiple calls from across the country and rescued opossums (manicou), caimans, snakes and a hawk.

"Our only intention of intervention is if the animal is injured or poses a direct threat to human life. A caiman in your yard swimming by in 3 feet of water is just going to be there until he finds somewhere safe to stay or until the flood waters subside and he is able to find and return to his home. We urge all citizens to not intervene a distressed or displaced animal, doing so can result in injuring yourself or the animal. Again, we remind everyone to please be patient and let the animals go away on his or her own." the group said.