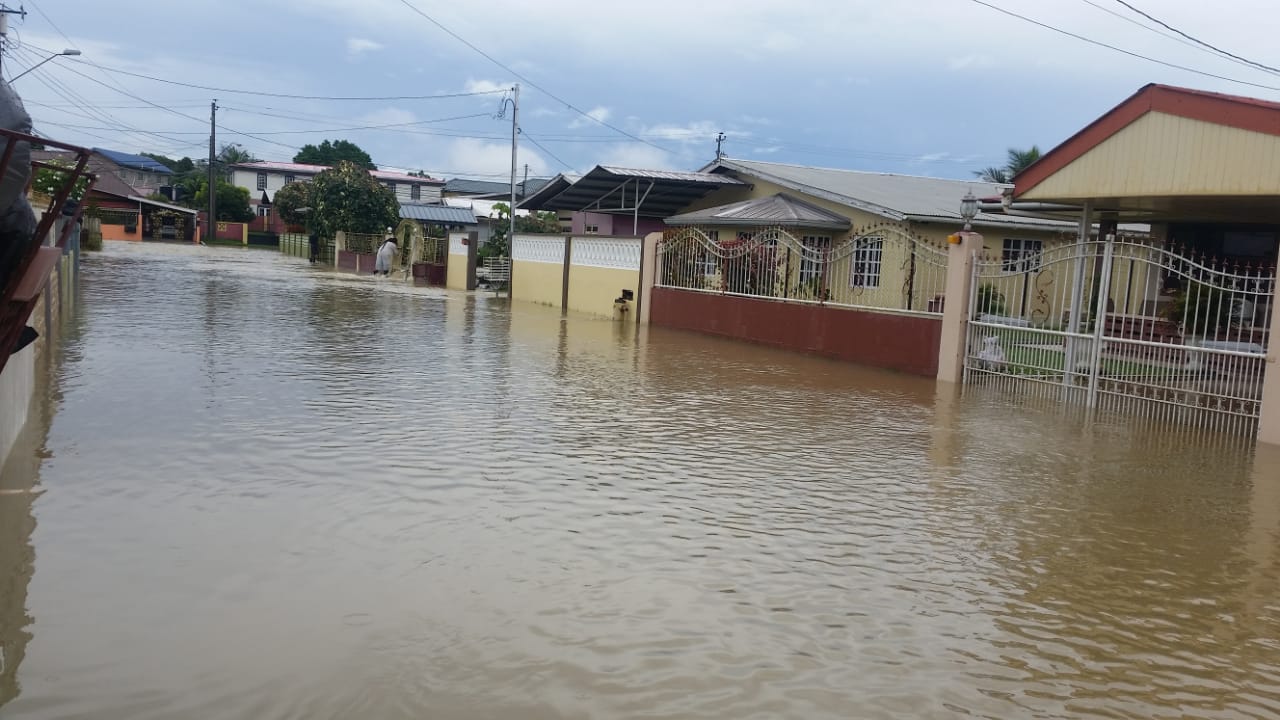 Flash flooding was reported at Fairview Park, Freeport. Photo via the Office of Disaster Preparedness and Management (ODPM).

Assessments are currently being carried out by Disaster Management Units at several Regional Corporations following reports of roofs blown off and communities impacted by flooding as a result of adverse weather conditions affecting Trinidad and Tobago.

Inclement weather was experienced across the country, which the T&T Meteorological Service (Met Office) has attributed to an active Inter Tropical Convergence Zone (ITCZ).

Reports of roofs blown off were received by the Princes Town Regional Corporation’s DMU.

Two roofs were blown off at Realize Road, Princes Town, while a leaking roof was reported at Moreau Road, Marac Village, Moruga.

Those affected by flooding are advised to proceed with caution or wait until the flood water subsides. Motorists are advised to use alternative routes, if possible.

2. Do not allow your children to play in flood waters.

3. Do not attempt to wade through flood waters or congregate in same.

The Met Office has cancelled its adverse weather warning for today.

The public is still advised to monitor the weather forecasts and updates from the T&T Met Office and the ODPM as the ITCZ is expected to linger over the next few days.

Residents affected by flooding due to heavy rainfall are asked to contact their respective DMU hotlines.