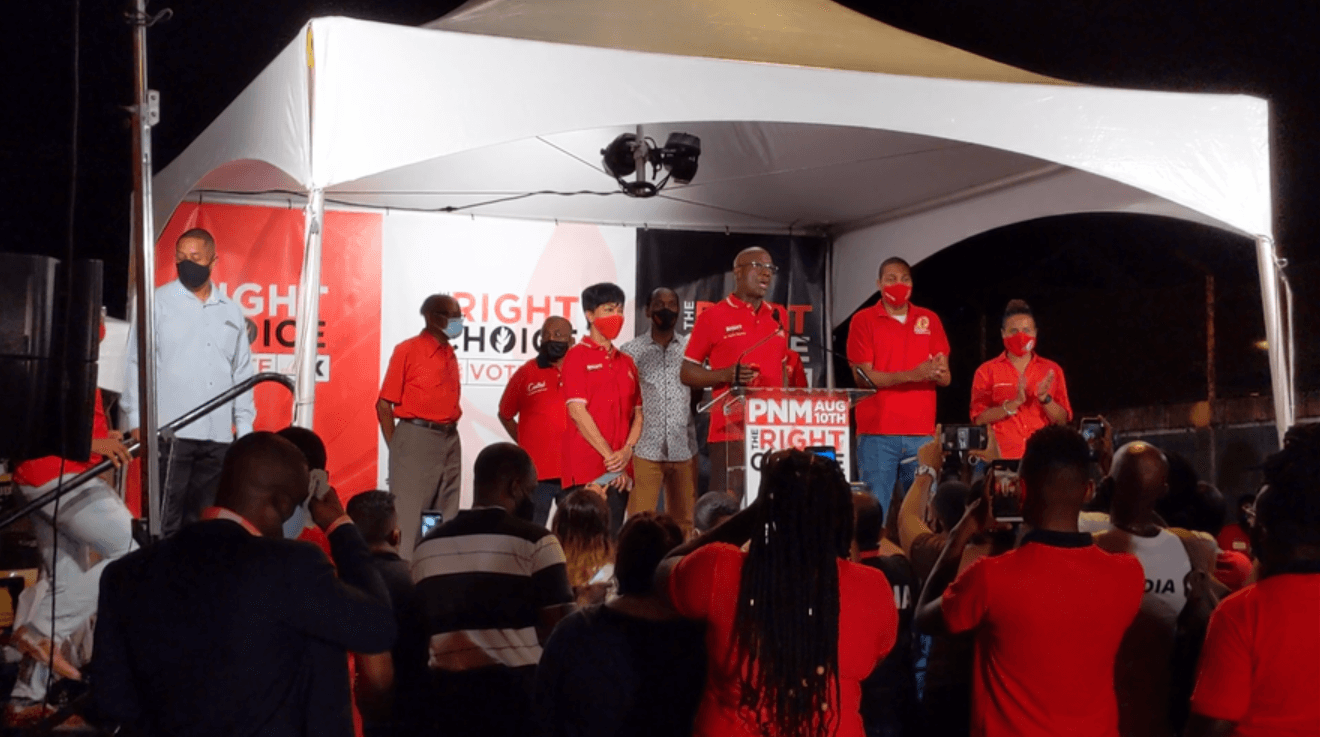 The country’s young people are largely to thank for the People’s National Movement’s (PNM) victory in the 2020 General Election.

As PNM leader Dr Keith Rowley gave his victory speech on a platform erected outside the party’s Balisier House, Port of Spain base, he credited the support of the youth for the party’s 22-19 win at the polls.

Numbers were trickling in earlier in the night until the party began declaring seats. Then, at 10.30 pm, Dr Rowley addressed the crowd and declared that the party secured 22 seats.

It was not the usual atmosphere of celebration at the PNM camp as the gathering was kept small, in keeping with an earlier call by Dr Rowley for supporters not to come to the party headquarters but to celebrate at home.

Joyous supporters decked out in red didn't have any cocoyea brooms but performed a sweeping motion as they declared a win over their political opponents.

Addressing the gathering of mostly party members, the PNM leader said the party’s term in office would be a period of transition in which the youth under his mentorship would move into roles of “greater responsibility”.

He acknowledged that there would be difficult days ahead but assured that the country’s future was bright.

He made a call for unity among all citizens and encouraged them to put nation before self.

Reflecting on the party’s take at the polls, Dr Rowley was of the view that in spite the loss of Moruga/Tabeland, a seat it won in 2015, to the UNC, that the party has made some in roads in areas like Chaguanas West.

The PNM retained all of its other seats held in the 2015 polls.

The UNC, however, intends to challenge the result in at least four constituencies.

The PNM is expected to follow through with an earlier promise of an election petition regarding the Princes Town seat as the party maintains that the UNC candidate, Barry Padarath, was not validly nominated.

The Elections and Boundaries Commission (EBC) will declare official results later on Tuesday.

Deyalsingh confident of victory, urges supporters to celebrate at home