Watch: Rubbish left next to 'no dumping' sign as man drives off 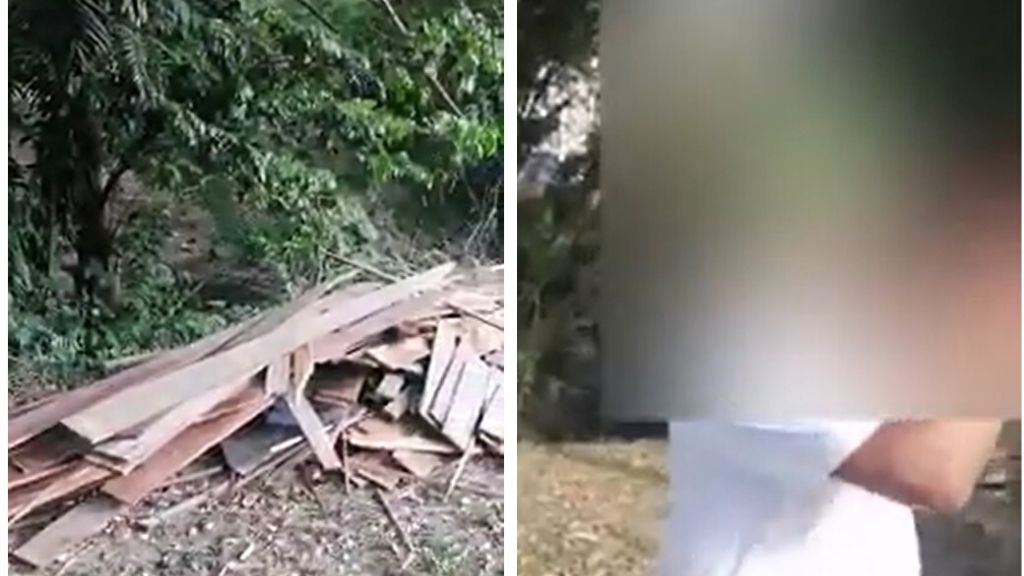 Photo: A man who allegedly left debris by the roadway then drove off was chastised by a bystander who recorded the incident on video.

Men who were seen leaving debris behind near the roadway in Maracas Valley, were later forced to return and pick their rubbish back up, according to the Ministry of Rural Development and local Government.

A video shared online showed two men leaving behind debris by a roadway which caused outrage from viewers online.

The video, which was shared by Facebook page In support of the Trinidad and Tobago Police Service, showed a man wearing gloves who told the person filming that 'the Corporation would pick it up'.

The Ministry said however that Municipal Police from the Port of Spain City Corporation and the Tunapuna/Piarco Regional Corporation found the perpetrators, who were made to return to the area and pick back up their garbage.

The men responsible also apologised for their behaviour.

In the video, black bags of what appeared to be garbage, along with planks of wood, were placed next to a dilapidated sign which warned against illegal dumping.

The man recording said: "This is not a dump. Spend your money and carry it in the dump. Look what they doing. Look how they dumping the rubbish, and telling me talk to the Corporation."

"Why you don't keep it by your yard?"

The unknown man replied: "We will leave it right there."

The man then drove aggressively toward the person recording then sped away.

Many commented below the video, calling for those responsible for illegal dumping to be caught.

Nigel Harris: "He would be one of the first persons to blame the government when its flooding. We have his license plate and a picture, how this has an appropriate ending."

Narisa Nadia Tahir: "Wrong and strong that's why this place will always have to be exactly how it is.Little or no progress because of the ignorance of some citizens."

Glenda De Silva: "Take his license plate number and find where he lives and carry the cops by his house and let the cops make him come back and clean it up."

Mohit Kanhai: "He is a nasty man shine him up and show d pick up number again and send it to the Police charge him and make him pick it up the same way he dispose it."

Have you seen illegal dumping near your home?