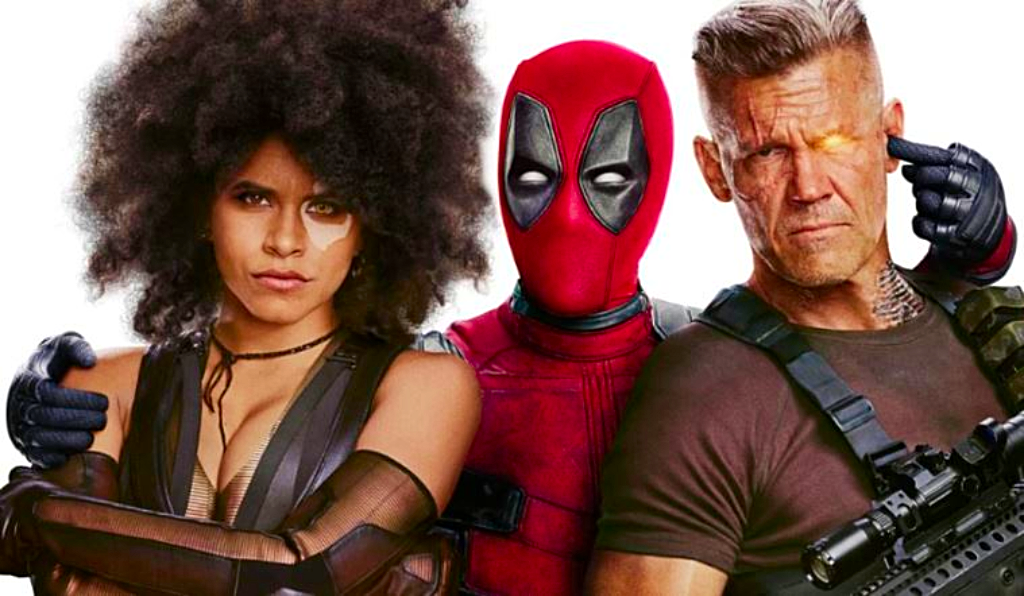 Ryan Reynolds made a triumphant return to San Diego Comic-Con Saturday to promote the release of a "Deadpool 2" extended cut.

"For me, this is a dream come true because you get to release a film theatrically and then in the home entertainment or the DVD version, you get to actually make a completely different movie with every line being different, every joke being different, every, you know, where ever we could. Obviously, there's some overlap between the theatrical and the DVD, but it's a lot of fun because, I don't know, for me it's something I've always wanted to see in any movie," said Reynolds in an interview before speaking to a packed Hall H audience.

"This process, just with the guys, you generate all this comedy and like there's so many gems that you have to choose and now we get to show them in a different way," added director David Leitch.

He also dropped a few updates about the highly anticipated X-Force film, which will see Deadpool joining forces with other Marvel characters.

"I would say probably just a few paces behind nowhere," he joked of the spinoff's progress. "We just finished this! So yeah, like what's below nowhere? Imagine if nowhere had a rearview mirror, OK? I'm kidding. No, no. We're getting it. Drew Goddard is working on that one and we are super excited and, you know, I imagine we're going to put pen to paper sometime when we are into post."

Reynolds, who co-wrote "Deadpool 2," confirmed he will have a hand in writing the X-Force movie too.

"Hopefully, yeah. Hopefully we all will. Hopefully the whole team will be back. Obviously, this is a group that not only loves working together, but just loves each other. I mean, these guys, Paul I've known for 112 years and we've been friends and we've spent so much time together so we can sort of finish each other's sentences now," he said.

Co-star Zazie Beetz had news of her own. The actress, who played Domino in "Deadpool 2," shared her excitement for the upcoming "Joker" movie starring Joaquin Phoenix.

"I don't really know what I can or can't say. I am really excited about this project. I think it's gonna be really cool. And it's like gritty and dark and just down my alley in that way. I think it's going to be really good, but I don't think I can say anything," she said.

The popular Deadpool films have made over $1.5 billion worldwide. Reynolds said he still gets a kick out of messing with fans of the franchise.

"I always love like driving down the street and like seeing some of the Deadpool bumper stickers in their car or something or their shirt. I just (expletive) roll down the window and say hello. That's always my favorite. Those are fun because they can't, neither of us can figure out what's happening until the moment is totally over, you know? It's a very weird, yeah, it's a weird interaction."

He continued: "It's sort of like shock and then suddenly it's over. It's making love while driving, really. It's terrible. Yeah, I don't know. It's just a very strange thing. Those are always my favorite. Yeah, but Comic-Con is always… I usually like just standing out in the hotel watching all the people with the Deadpool suits and the shirts and hats and all that stuff."

"Deadpool 2: Super Duper Cut" features alternate jokes, extended and deleted scenes. It will be available on blu-ray on Aug. 21.