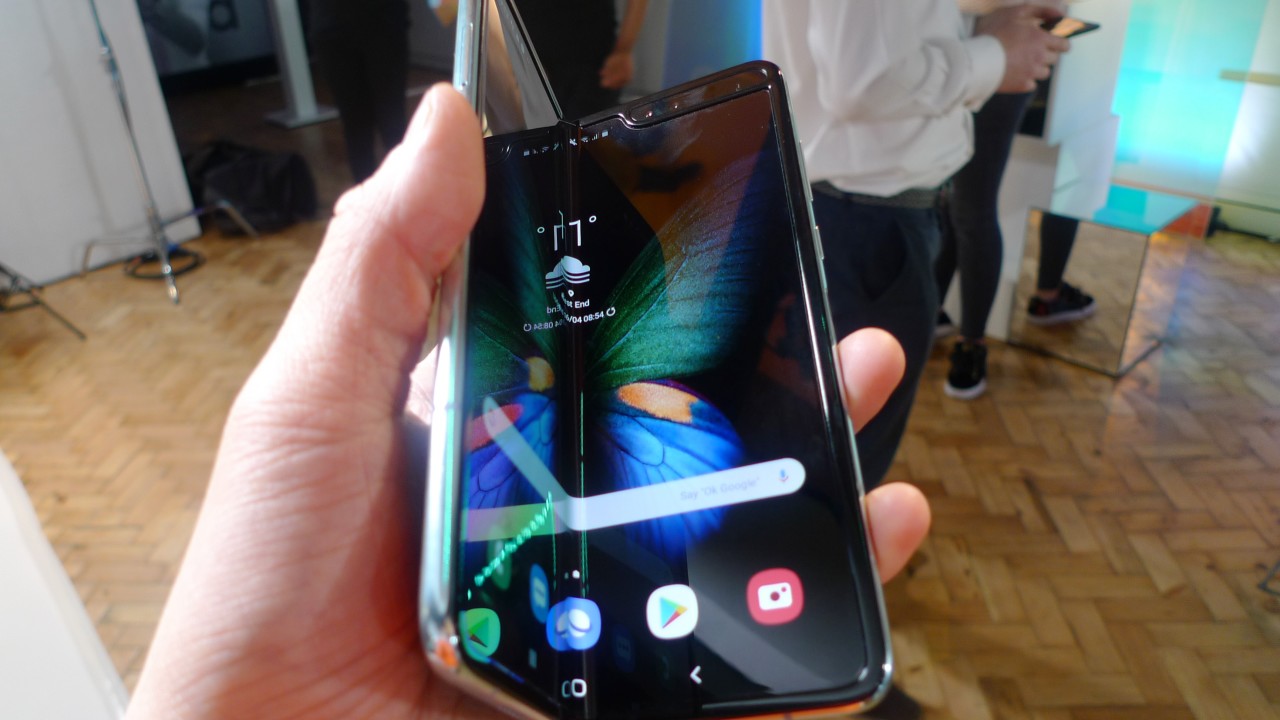 People eager to snap up one of Samsung's much-hyped Galaxy Fold smartphones this week are now having to wait a few weeks more while tests are carried out on the new devices.

The delay is a setback for Samsung and for the smartphone market generally, which had been pinning some hopes on the folding phone to catalyze innovation in the industry.

The Galaxy Fold, with its US$1,980 price tag, was not intended to be a mass market hit, but many hoped it would hint at a new wave of smartphone advances  - an area that has been lagging in recent years.

But device reviewers quickly found an issue with the Galaxy Fold, which is about the size of an average smartphone when folded, and the size of a small tablet when its two sides are pulled apart.

Several journalists reported the inside screens flickering, freezing and finally dying on their test units within the first couple days. Two reviewers mistakenly removed an outer plastic layer that was meant to stay on and reported scratches on the screen afterward.

Samsung confirmed last week that the layer was meant to stay on. But that didn't explain why many reviewers saw the phone's inside screens break.

An early inspection showed there could be issues when pressure is put on the exposed areas of the hinges that open and close the phone, Samsung said in a statement announcing the launch delay Monday. It also found an issue where "substances found inside the device affected the display performance".

Samsung said it will to find ways to better protect the screens and explain to people that the outside protective layer must stay on.

Other test phones seemed to still be working well, and so far holding up to the Samsung pledge that the phone can be unfolded about 200,000 times in its life.

The Associated Press was given a preview of the device last week before reports that reviewers' phones were breaking.

"What we've done is we've designed a beautiful product that is designed primarily to use in open mode, but it fits perfectly in your hand for single-handed grip," explained Mark Notton, portfolio director for Samsung Europe.

"And then you can see, when you open the device there, it's got this fully immersive, beautiful screen on the inside."

"The smartphone hasn't changed in a very long time," said Shona Ghosh, senior tech reporter for Business Insider. "If you think about what they look like, they have looked like sleek, black, rectangles of glass for many, many years now.

"And so, as we hit peak smartphone and people sort of stop renewing their devices quite so frequently, smartphone makers are finding that their profits are falling.

"Samsung, especially, reported that its profits and sales were down. So, they're having to come up with new ways to entice people to upgrade a bit more frequently."