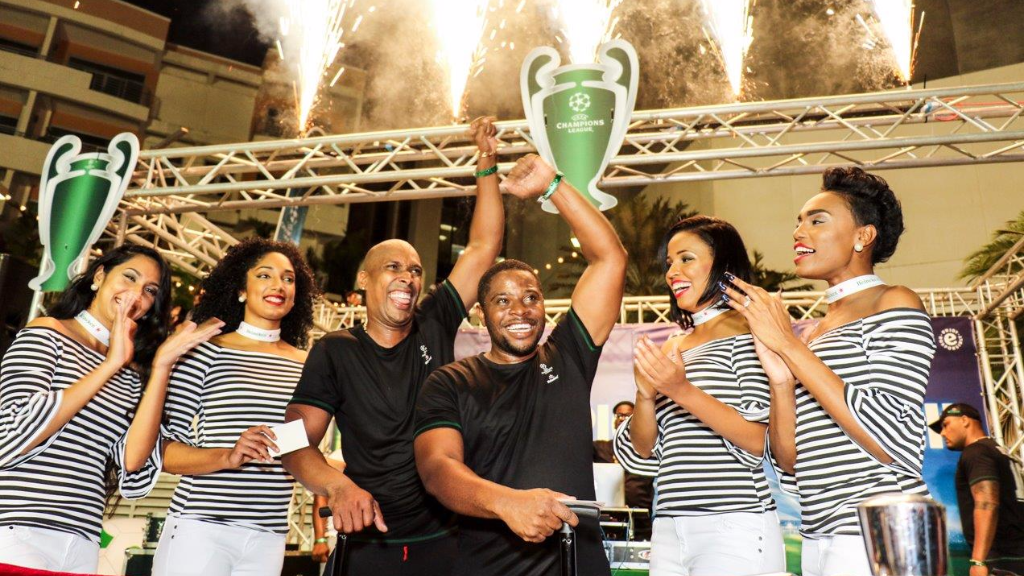 What would you do to win a trip to Spain for Champions League?

Heineken put football aficionados through the paces for the ultimate chance to win a trip to watch the UEFA Champions League semi-finals in Spain. Over the past eight weeks, callers from six radio stations called in to participate in  “What Trinis Say’, where they answered football trivia based on the survey of 100 Trinis.

One lucky winner was selected at random from each station and paired up with some of the country's top DJs including Hypa Hoppa, JW, Shal, MX Prime, Ashleia, and Jus Jase.

Little did they know, the real battle had just begun.

On Tuesday, the six teams squared off at Digicel IMAX where they competed in several challenges that tested their football knowledge, skills...and in one case, balance.

At the end of it all, 96.1FM's Shal Marshall and his teammate, Joel Sebro won the epic challenge and are now packing their bags to head to Spain.