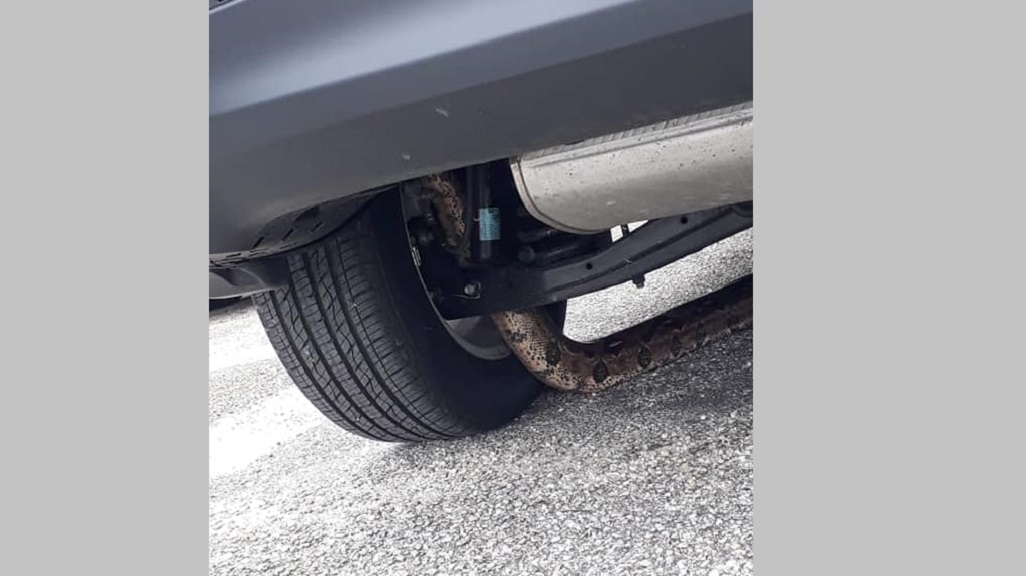 It's a jungle out there.

Videos and photos of a snake which appeared to have wrapped itself around a vehicle in Port of Spain went viral online.

According to videos and photos shared by Facebook user Chan Dra, the snake was seen wrapped around the suspension of a van in the carpark of the Port of Spain branch of the Licensing Division.

As if that was not enough, Chan Dra said while this was going on, an iguana was spotted near the location.

"Well this is thing in Port of Spain licensing office here today, a 10 feet snake wrap around the wheel of a Tucson vehicle while we watching it an iguana appear on the other side."

A live video showed officials from the Emperor Valley Zoo trying to extricate the animal in order to relocate it.

In another photo, a small iguana was seen scampering along the roadway, not far from the rescue attempt. 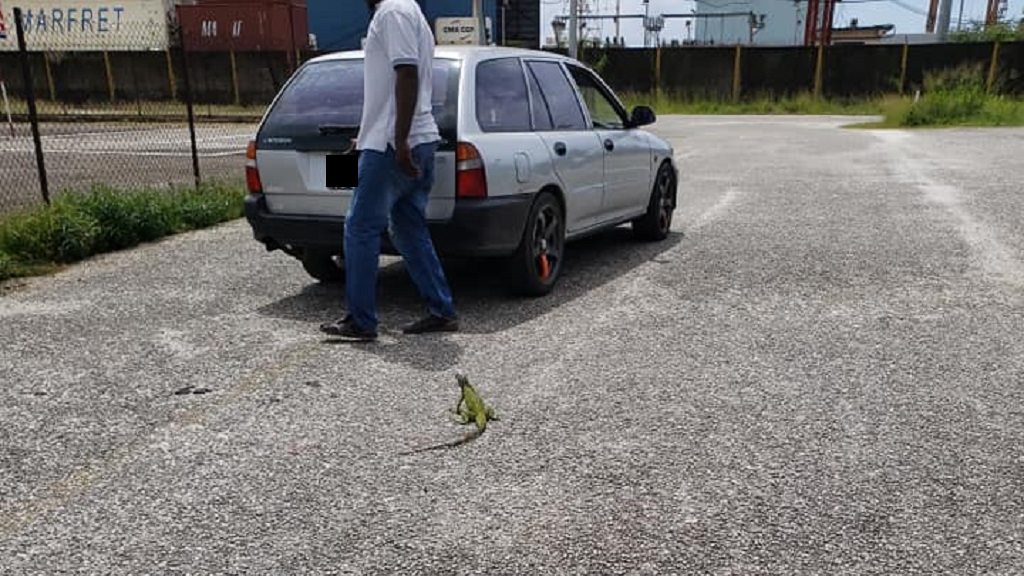 If you spot a caiman or snake on your premises, please contact any of these groups to have them safely relocated: