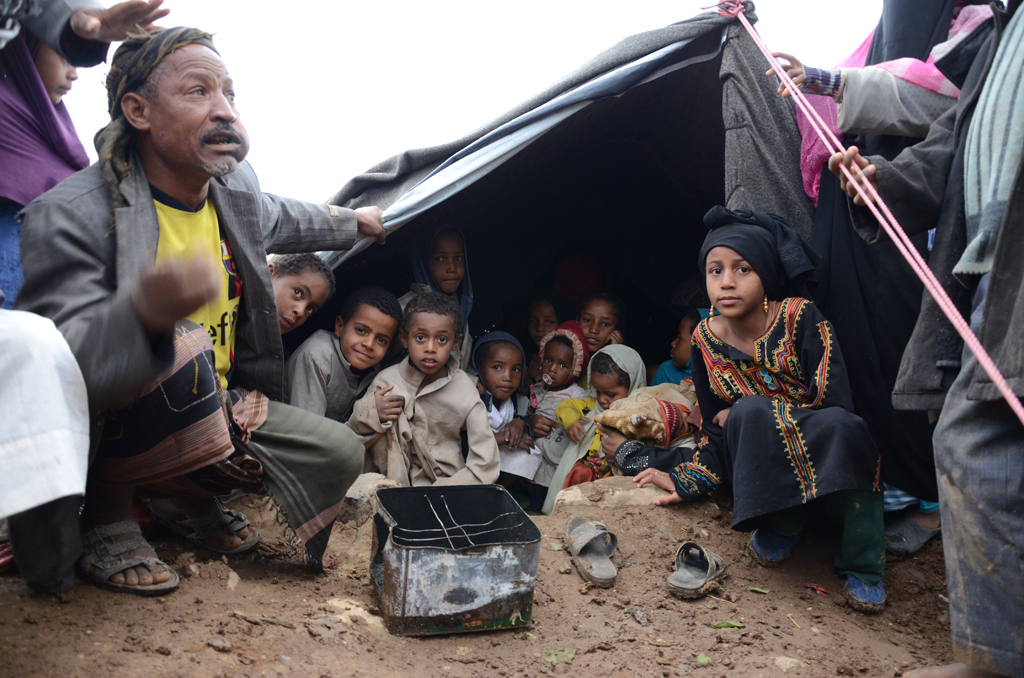 This young boy symbolises the fallout from conflict in the contested city of Taiz. His mother says he has been raped by troops allied with Yemen's internationally-recognised government and the Saudi-led coalition.

A report by Amnesty International released last month found several cases of children being raped by members of a militia aligned with the local branch of the Islamist Islah party.

They claim some children are targeted while attending their local mosques. The report says the attackers are largely still free.

The mother of this 6-year-old boy, who wants to stay anonymous, says that since the attack, her son has been racked by fear and anxiety.

She says her son was raped at a nearby mosque, while they were living for more than a year in an area under the control of the Islah party,

"When we first arrived there we were fine, we didn't know that these kind of things were happening there," she says.

After she and her husband learned of the assault, he confronted local militia leaders. But his attacker was well connected, They responded with death threats. The family left the area not long after.

"We were forced to leave the area as if we were the criminals, even though we're in the right," she said. "We were shocked, after a time, a year and five months, to hear the stories of the children being raped at the mosque."

The area surrounding Taiz, Yemen's third city, and once known as the country's cultural capital, has been one of the most fought-over portions of the country since the conflict began. It has seen some of the worst fighting with resulting food shortages.

Parts of the city remain under the control of the Houthi rebels, who are fighting the Saudi-led coalition and their allies. Other parts are held by militias loyal to the coalition.

The general environment of lawlessness has contributed to the impunity with which crimes are committed, according to local rights workers.

Watch Team, a locally run rights organisation, has also documented cases of rape by militia members. Akram Al-Showafi, head of the organisation, says that his team is aware of the problem.

"We've followed up on these cases with the appropriate authorities and some of the parties have been arrested and some have yet to face any justice, by virtue of them being a part of the powerful parties involved in the conflict in Taiz," he said.

Local authorities say they have handled some cases of rape, but they deny the problem is as bad as the Amnesty report implies.

"These incidents, we cannot deny that they happen, whether they be cases of rape or otherwise," says Taiz Police Colonel Osama Al-Ashbat. "But are they actually taking place to the degree which the organisation Amnesty International has written about? I think this is a serious exaggeration."

And Ahmed Osman, a representative from the powerful Islah party, which claims the loyalty of some of the city's largest militias, says it has nothing to do with the armed men who claim to fight in its name.

"We are a civilian party, we don't have militias," he said. "Of course this talk has been repeated by the enemies of Islah."

Amnesty spoke to four families with boys aged eight to 16 who said their sons had been victims of sexual violence, including three rapes and one attempted rape.