Watch: State of emergency in Ecuador due to influx of Venezuelans 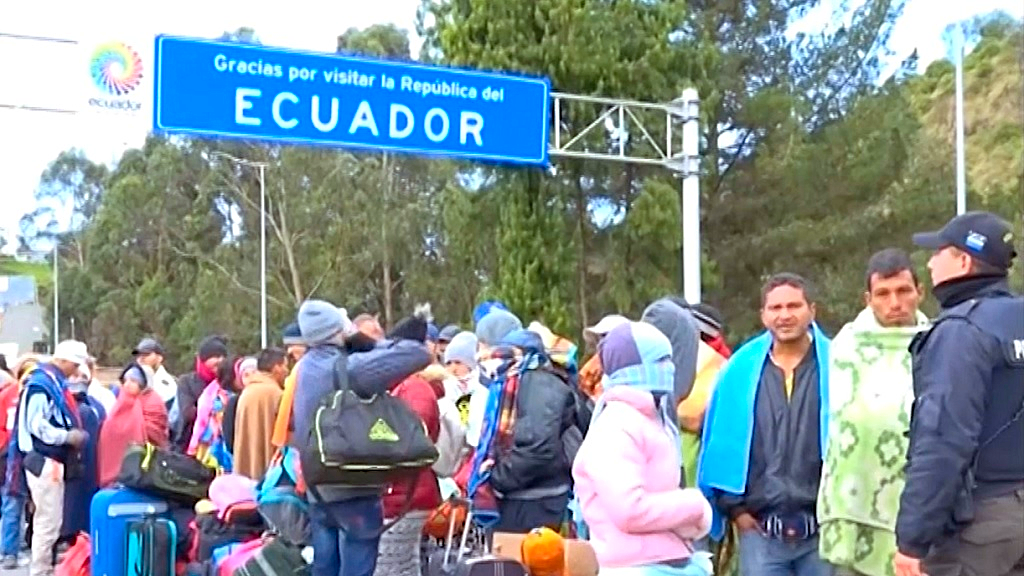 Photo: Venezuelan migrants risk their lives in order to escape hardship, arriving at bordering countries such as Colombia and Ecuador.

Ecuador has declared a state of emergency in three of its provinces in an effort to cope with the growing influx of migrants from crisis-wracked Venezuela.

A spokesman for Ecuador's Ministry of Foreign Affairs said Wednesday that the government will send more immigration officers and health workers to the country's northern border with Colombia, where up to 4,000 Venezuelans are seeking entry into Ecuador each day.

William Spindler, spokesperson, UN Refugee Agency (UNHCR) said Ecuador had a "long tradition of welcoming refugees" in a region where the movement of people across borders was commonplace.

Nonetheless, the rising number of arrivals have led to "pressure" on asylum registrations and "xenophobic reactions to the exodus have been noted in some quarters," Spindler said.

"The exodus of Venezuelans from the country is one of Latin America's largest mass-population movements in history. Since the beginning of the year, some 547,000 Venezuelans have entered Ecuador through the Colombian border at a daily average of between 2,700 and 3,000 men, women and children.”

“However, the influx is now accelerating, and in the first week of August, some 30,000 Venezuelans entered the country. That's more than 4,000 a day."

The South American nation also said it is working with U.N. agencies to get tents and personal care kits for the Venezuelan migrants, who often arrive with little money and have no place to sleep.

At least 1 million people have left Venezuela since 2015 as its government fails to control hyperinflation, high crime rates and widespread food shortages.

In response to the situation, Ecuador has declared a state of emergency in the northern provinces of Carchi, Pichincha and el Oro.

The development means that Ecuador can assign additional resources to Venezuelans, many of whom have endured weeks of hardship on their journey to the border, Spindler said.

Spindler said many Venezuelans travel for days or weeks in precarious conditions and run out of resources to continue their journey leaving them destitute and forced to beg for their upkeep.