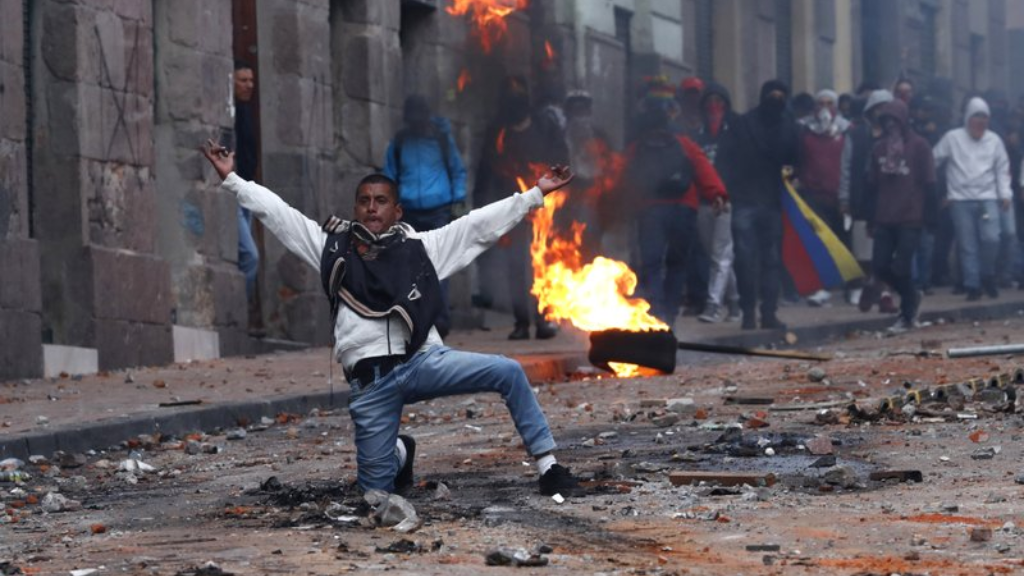 Ecuador’s president declared a state of emergency Thursday to confront rowdy street protests and a nationwide transport strike over his decision to end government fuel subsidies and relax labour protections.

At least 19 people were reported arrested during street clashes unrest in major cities that continued into the night.

Public transport in major cities and between provinces was virtually shut down, forcing many people to walk long distances to get to work.

In Quito, university students tried to march to the government headquarters in the historic part of the city. Some wielded clubs and threw stones at police, who blocked their advance.

The decree by President Lenín Moreno suspends some civil rights and allows authorities to commandeer public or private property. He said he acted because of violent incidents meant to “damage and destabilize” his government.

Moreno said there was no possibility he would back away from the measures announced Tuesday that will raise fuel prices across the country. He said fuel subsidies had done “too much harm to the country.”

The price of regular gasoline has increased by about 24% to $2.30 a gallon (3.7 litres), while diesel has more than doubled to $2.27 a gallon. Even with the price increases, Ecuador has some of the cheapest fuel prices in the world.

Moreno also announced tax breaks for companies and other measures that he said would stimulate an economy burdened by high debt.

Gabriel Quinteros, a university student, said he left his home early Thursday morning because he had an academic test. There was no public transport and private taxis were too expensive, he said.

“I have no choice but to walk,” he said.