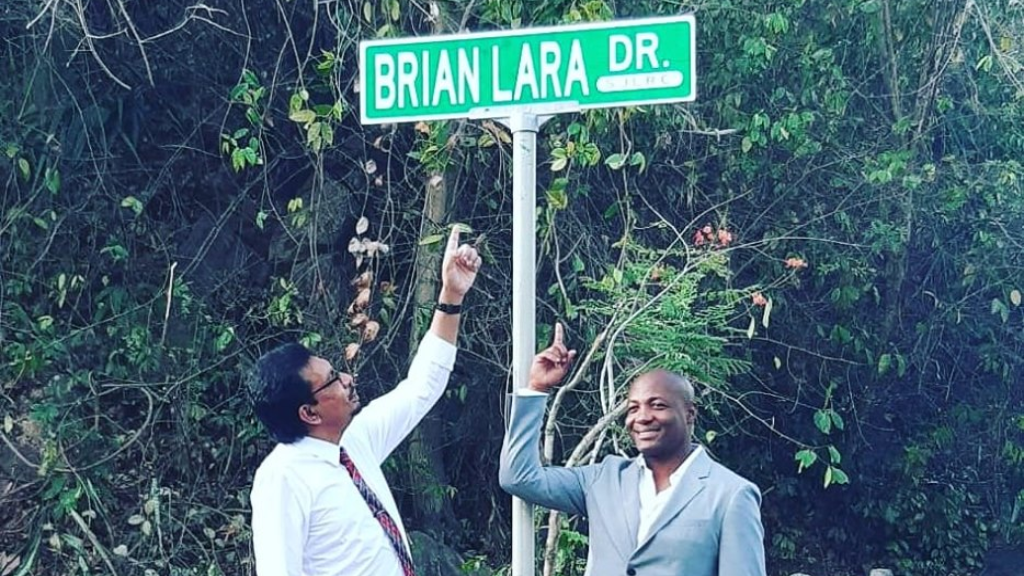 Out with the old, in with the new.

Minister Hosein outlined that the initiative, which commenced in May, will see every street, every road, every trace, branch, and extension having a proper sign. This is in an effort to bring visibility to all communities.

“This will allow you the citizens to be able to easily locate small businesses and your grandmother or aunt living in a street in the rural communities of Sangre Grande, Moruga and others,” Hosein said.

“This unveiling is very fitting as we commemorate the golden jubilee of the greatest batsman of all time,” he added.

Lara hopes that the ‘Brian Lara Drive’ can serve as an inspiration to the many young persons that use the hill to train on evenings and that they realise their dreams.