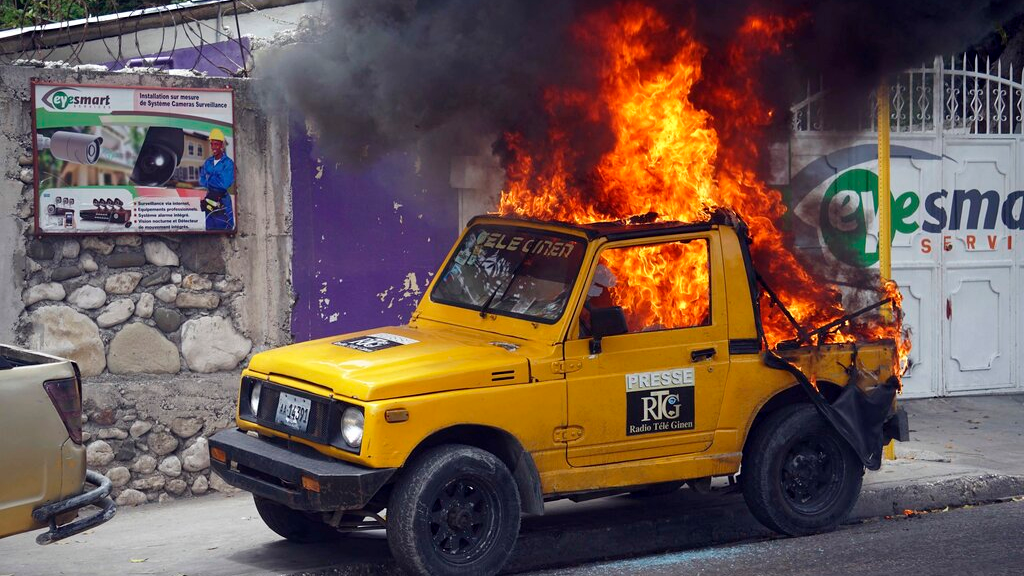 A car that belongs to Radio Tele-Ginen burns during a protest demanding the resignation of President Jovenel Moise in Port-au-Prince, Haiti, Monday, June 10, 2019. Opposition leaders in Haiti launched a two-day strike that paralyzed the country's capital amid another day of protests demanding that President Jovenel Moise resign over corruption allegations. (AP Photo/Edris Fortune)

Opposition leaders in Haiti launched a two-day strike Monday that paralyzed the country's capital amid another day of protests demanding that President Jovenel Moise resign over corruption allegations.

Schools, businesses and government offices were shuttered as demonstrators blocked roads and set piles of tires ablaze across Port-au-Prince. Some protesters burned cars belonging to a local radio station and accused the news media of working for the government.

Public transportation was suspended, and officials postponed a Parliament session. 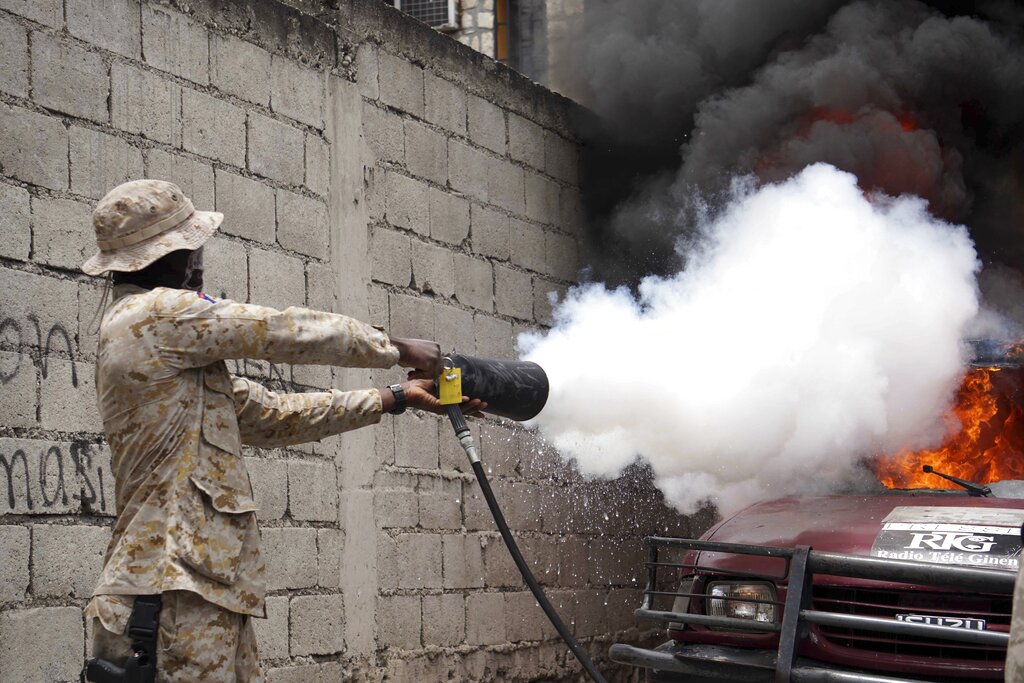 The strike began a day after protesters clashed with police, with two people reported killed and five injured.

Protesters are demanding further investigation into the fate of funds that resulted from subsidized oil shipments from Venezuela under the Petrocaribe program.

"The people who are governing this country are the ones stealing all the money," said Dario Joseph, a construction worker who marched through the capital along with several hundred protesters. 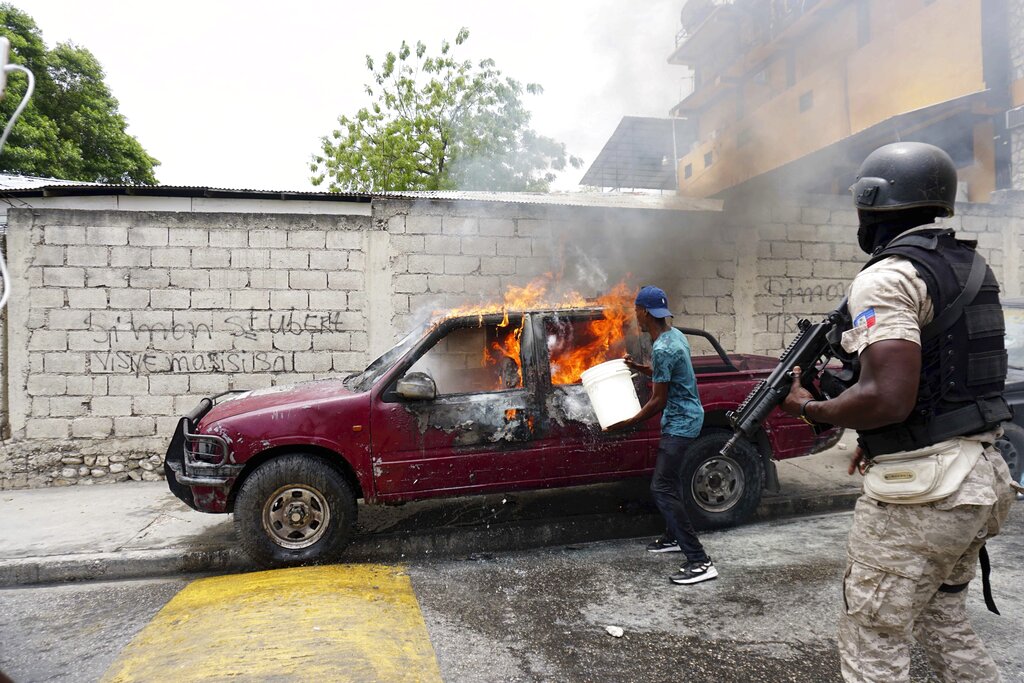 Venezuela's collapsing economy has forced it to halt or drastically curtail Petrocaribe shipments, leading to problems for power generation. Many Haitians now receive electricity for only a few hours a day.