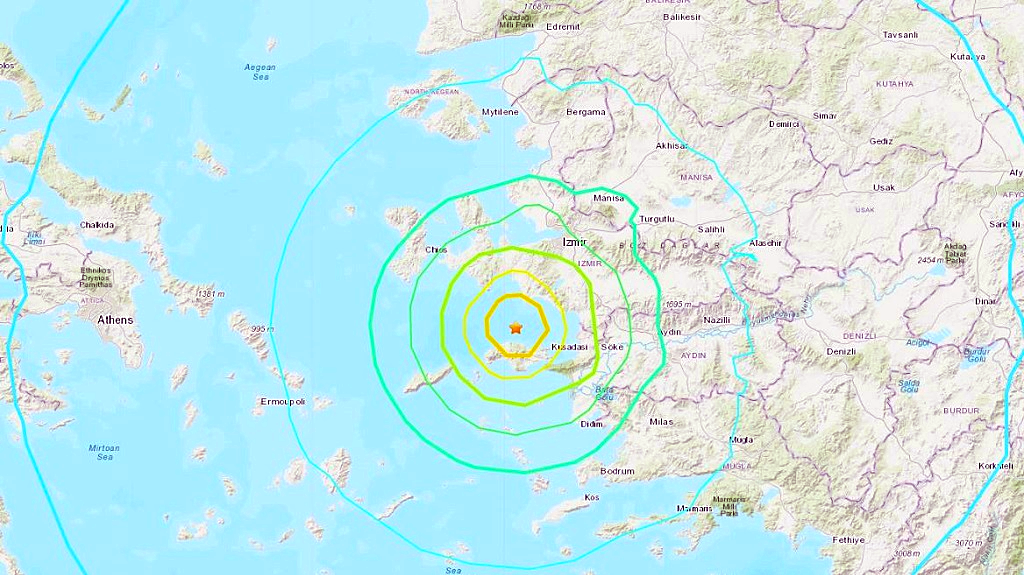 A strong earthquake in the Aegean Sea has shaken Turkey and Greece. Turkey's interior minister reports that six buildings in western Izmir province were destroyed.

Turkey's Disaster and Emergency Management Presidency said Friday's earthquake was centred in the Aegean at a depth of 16.5 kilometres (10.3 miles) and registered at a 6.6 magnitude.

The European-Mediterranean Seismological Centre said the quake had a preliminary magnitude of 6.9, with an epicentre 13 kilometres north-northeast of the Greek island of Samos.

The United States Geological Survey put the magnitude at 7.0.

Turkish media showed wreckage of a multiple-story building in central Izmir, with people climbing it to reach rescuers. Smoke was filmed in several spots in central Izmir.

The moment when the powerful earthquake hit in #Izmir (Turkey)pic.twitter.com/cxplP3nkgB

The governor said there was no immediate information on casualties.

Turkish media said the earthquake was felt across the regions of Aegean and Marmara, where Istanbul is located. Istanbul's governor said there were no reports of damage.

The quake was felt across the eastern Greek islands and even in the Greek capital Athens. Greek media said the residents of Samos and other islands fled their homes, while some rockfalls were reported. There were no immediate reports of injuries.