Watch: Students march as mourning for US shooting victims continues 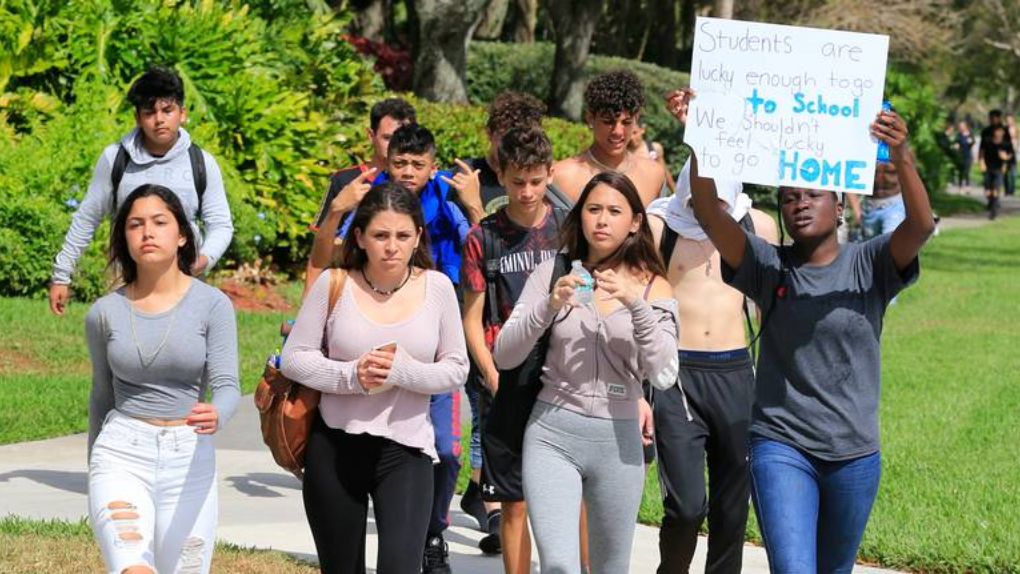 Hundreds of students walked out of their Florida high school on Tuesday and made their way to the site of a school shooting about 10 miles (16 kilometers) away in a show of solidarity for bringing an end to gun violence.

The event started as a moment of silence inside the school for the 17 students and teachers killed last week, but the West Boca Raton High School students refused to end it there. They pushed aside police blocking the front of the school and a sea of students ran out.

The students ended at a makeshift memorial with 17 white crosses, flowers and other tokens outside Stoneman Douglas. They were eventually put on buses and escorted back to campus by police.

Several schools across Florida and the country have held similar walkouts in the wake of the shooting - including Tracy Mourning High School in North Miami.

The walkouts took place as Democrats attempted to get a bill to ban assault rifles and large-capacity magazines heard on the House floor on Tuesday.

Republicans, who dominate the chamber, easily dismissed it. Students who were at the Capitol ahead of their classmates, who arrived late on Tuesday, found Republicans steered the conversation away from gun restrictions.

FBI says it failed to investigate tip on Florida suspect