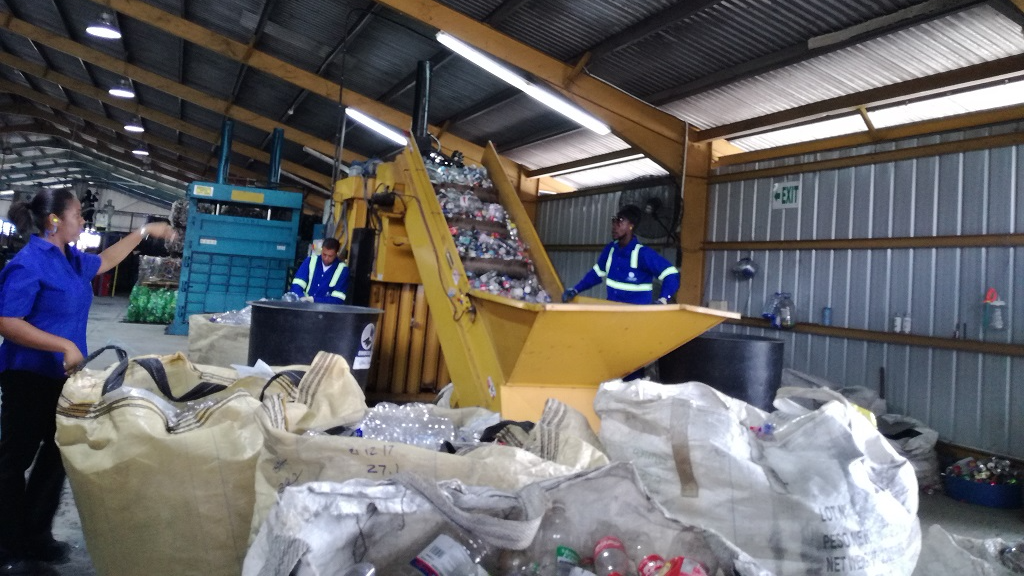 Speaking at a media briefing at SWMCOL's Port of Spain compound in Sea Lots, Senior Project Manager Dale Cozier, said since the project's launch in June 2015, over 370,000 jumbo bags of recyclables have been collected.

At the end of January, Cozier said they aim to set up collection bins in all public primary and secondary schools in Trinidad and Tobago as well as local communities.

He added that a team will be visiting Tobago in order to set up iCARE bins in public schools and commnunities there as well.

The project, which is done by SWMCOL in collaboration with government and funded by the Green Fund through Environmental Management Authority (EMA), is geared toward the establishment of infrastructure to support government's recycling initiatives and prepare the country for the passage of the EMA's solid waste rules and other legislation.

SWMCOL CEO Ronald Roach said the company has been running the project on their own for the past two years, however, for the fiscal year 2018 they were awarded $7 million through the Green Fund.

There will also be a public education programme encouraging citizens to sort their plastic bottles and containers and drop these recyclable resources at specially marked recycling collection bins.

SWMCOL's Beverage Container Recycling Facility recycles discarded beverage containers such as plastic and glass bottles, cans and tetra-paks, which go through a process of washing, drying and shredding to produce 3/4" PET flakes of 99.9 percent purity.

Once processed, the material will be exported to global importers.

For more information or to find out how your community can take part, visit SWMCOL on Facebook: http://bit.ly/2F4T66a