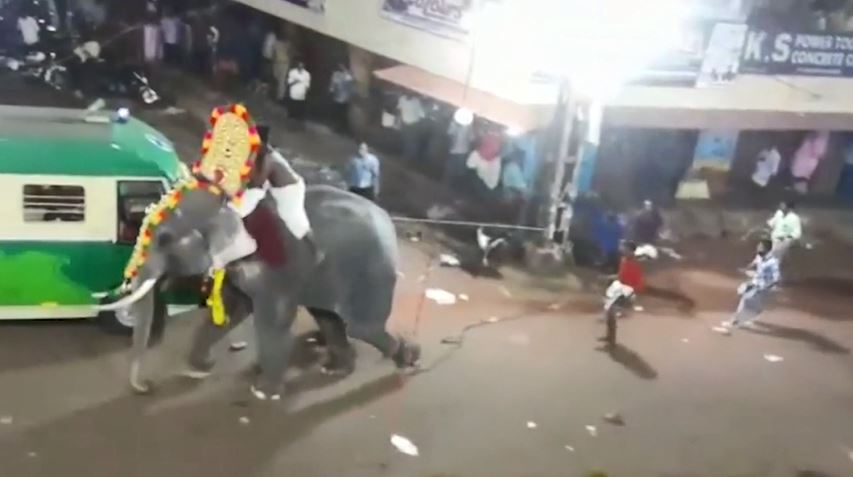 Panic descended on a Hindu festival in South India after one of the elephants that participated in a ceremonial procession went on a rampage on January 19.

A group of spectators ran behind the animal, trying to restrain it.

Officials, who were at the spot, shot a tranquiliser at the elephant and brought it to heel.

Two priests, who had mounted the elephant, stayed on top for the most part of the nearly two-hour ordeal clinging on to each other.

The organisers of the festival had brought in 15 elephants to take part in the ceremonial procession at Maha Ganapathy temple in Kerala.


Animal rights activist Rajeev N Kurup alleged that the elephant had gone berserk due to torture and overexertion.

"The elephants suffered serious wounds on their chest and legs due to the use of bull hook - a banned tool - by the mahouts. We have complained against festival organisers for flouting all regulations on parading elephants," he said.

Activists have sought a ban on using elephants in religious ceremonies as they subject the animals to severe torture and exertion.