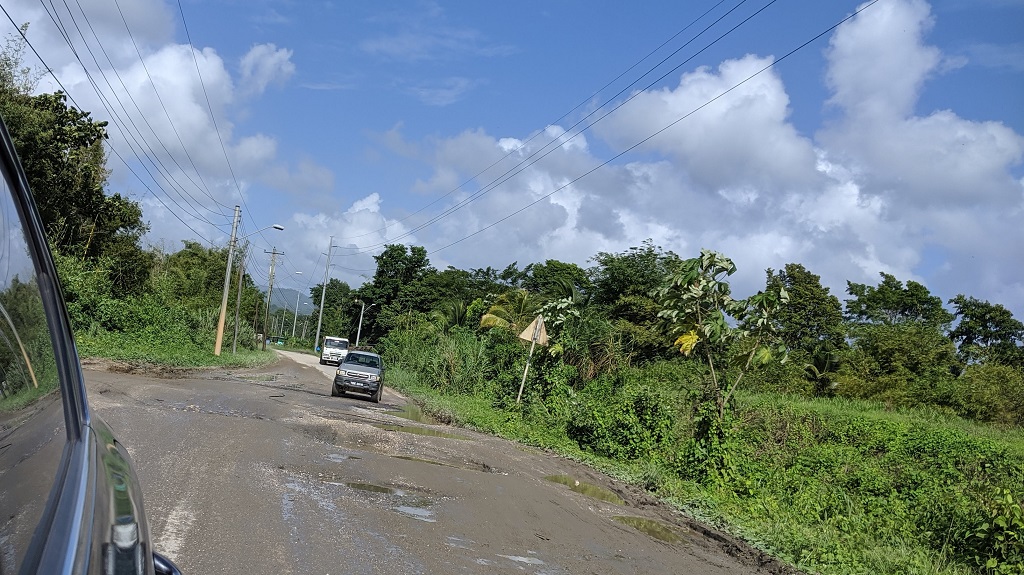 Chairman of the Sangre Grande Regional Corporation Terry Rondon said relief is coming soon for those affected by potholes in the Valencia/Toco area.

Speaking to Loop News on Monday, Rondon said the Corporation was able to source materials for the repairs, and would begin shipping them with haste, in an effort to begin the work hopefully by Friday.

The repairs would be done to long-standing potholes along the Valencia Old Road near the Toco Main Road, which has grown worse with the passage of time and heavy trucks.

“Thursday we are transporting the materials which will be used especially for the Valencia/Toco Road, there are a lot of potholes there so we will be using the oil sand to carry out the repairs,” he said.

Rondon added that the campaign for upcoming Local Government Election on December 2 is ramping up, with a number of younger people coming out to listen to the meetings.

“I think it’s a positive sign for the PNM as there are a lot of younger people and people in their 30s who are coming out. Before we would see mainly older people, so this means there is more interest, I think it’s looking good so far,” he said.

The potholes have been a long-standing feature over the past few years with continuous calls for repairs.

Some drivers even referred to the potholes along the Valencia Main Road as the ‘Valencia ponds’, with many a driver having damaged their suspensions or chassis after falling into those cavernous pits.

Loop News spoke with Chairman of the Sangre Grande Regional Corporation, Terry Rondon, last week, moments before he said he was to attend a meeting on the matter.

Rondon said that funding had been an problem regarding the repair of the Toco Main Road, however the Corporation has been seeking a solution to the issue.

In a recent update, the Ministry of Works and Transport said the construction of the 40-kilometre Valencia to Toco Roadway upgrade is also under construction. This roadway would provide alternate access to drivers heading to and from Toco.

The Ministry said when completed this roadway would improve access to the Toco area.

The project is being advanced in phases with completion carded for 2021.

Potholes in Glencoe to be patched soon, says Corporation Chairman