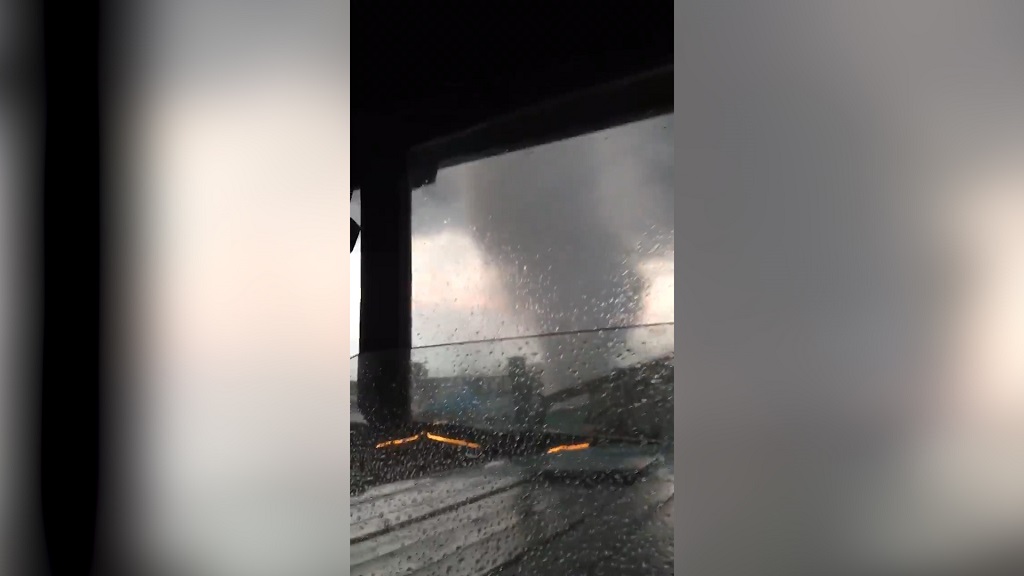 A rare tornado injured 19 people, two of them severely, in Luxembourg, while 15 soccer players were injured by a lightning strike in southern Germany as unseasonal storms hit northern Europe late Friday.

The tornado in the southwestern Luxembourg communities of Pettingen and Kaerjeng left a path of destruction that made up to 100 homes uninhabitable, local media reported Saturday. Debris and damaged cars were left strewn around the area, while at least four power poles were destroyed.

"Architects are going to come and survey the damage. Meanwhile, we will coordinate to cover the roofs," Paul Schroeder, director general of Luxembourg's fire and rescue service, told residents, according to Luxembourg French-language newspaper L'Essentiel.

In nearby eastern France the tornado was less severe, but local media there reported that dozens of roofs were destroyed and cars were damaged in the communities of Longwy and Herserange. Tornadoes are a very rare weather condition in Europe, which is more typically hit by gales.

Southern Germany was also hit by severe thunderstorms late Friday. Lightning struck a soccer field in Rosenfeld-Heiligenzimmern where 15 players were exercising. They were injured only slightly but were taken to the hospital as a precaution.

In Bavaria, thousands of music fans were asked by police to leave an open-air concert in Rothenburg early due to the weather, while gusty winds led to the collapse of a circus tent in Neckarsulm. One horse had to be euthanized, while 15 other horses and camels ran away and had to be rounded up by police.

Severe weather warnings have already led to the cancellation of a number of outdoor events in Britain this weekend.