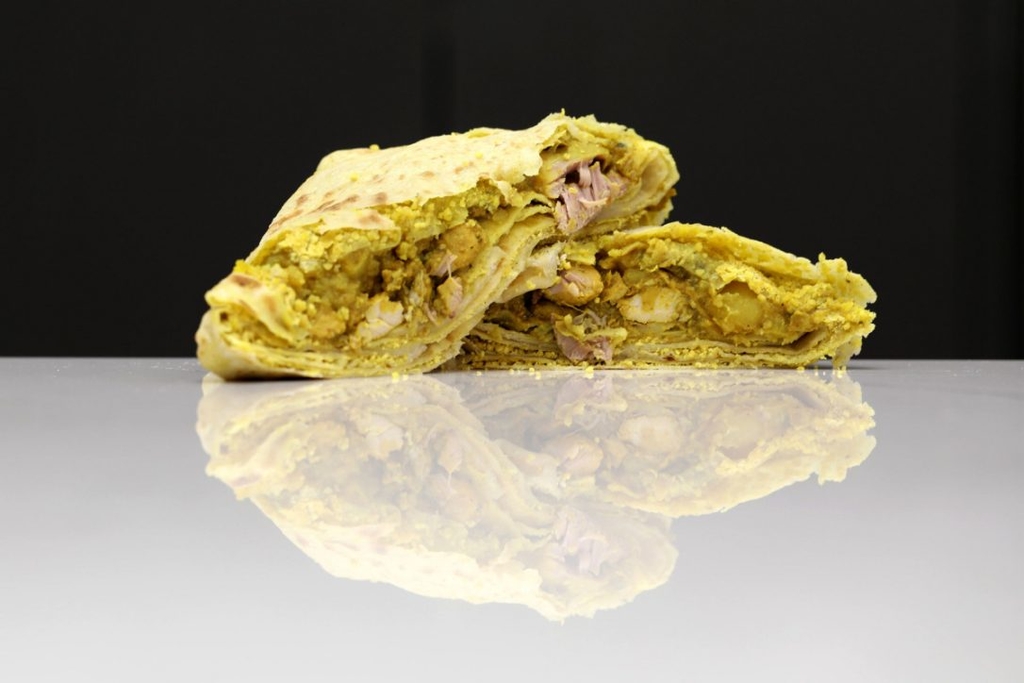 The Toronto Star found itself on the wrong side of West Indians, mainly Trinidadians, when its health reporter declared that a roti was too big and too high in calories to be consumed in one meal.

Megan Ogilve, The Toronto Star's health reporter and host of a show called The Dish, featured the roti in a story three days ago supposedly in response to viewers who wanted to know if it is an everyday meal or a once in a while treat.

The roti featured is a chicken roti from Ali's in Toronto.

Pronouncing the item as 'roadie", Ogilvie sought to prove that a roti is too much to be eaten in one sitting.

She said their official results show that a roti has 1200 calories, which she said is the equivalent of eating 28 chicken McNuggets.

Ogilvie recommended that roti lovers cut their rotis in half, leaving the other half for another meal.

The video, which had over 150,000 views and over 2000 shares on Facebook, did not go down well with the diaspora and Trinis at home.

"How can anyone possibly compare a big, fat, Spicy, juicy hand made roti to lab prepared, dutty chemical chicken nuggets? I'll take the 63g of protein in a hand made "roadie" from someone's kitchen any day as I know it's well seasoned and will fill my belly the entire day and make me not want for anything else. Maybe stick to reporting on unseasoned processed burgers and fries and stop analyzing what we eat," said one irate viewer.

"Megan Ogilvie.. Good reporting begins with Good Pronunciation... secondly You and the Toronto Star just insulted a entire culture . We grew up loving this Roti and it's still too this day made from ALL NATURAL ingredients. Its shows that You Do not understand other cultures nor respect their food... There are dishes at "Canadian" restaurants that serve up a much processed 2000 plus calorie in same one serving! BTW its pronounced ROO-TI. Not Rodie SMH," said another.

Anothe rviewer said: "Megan Ogilvie. This is not good reporting at all. Do some more research and find out the ingredients and what 1200cal is giving you before comparing it to chicken nuggets. How would you like it if someone compared your country's main dish to garbage food that are known for having filler and empty calories. You as a reporter only did part of your job. Get nutritional facts. I also think you owe Ali's Roti an apology. This is a huge FAIL."