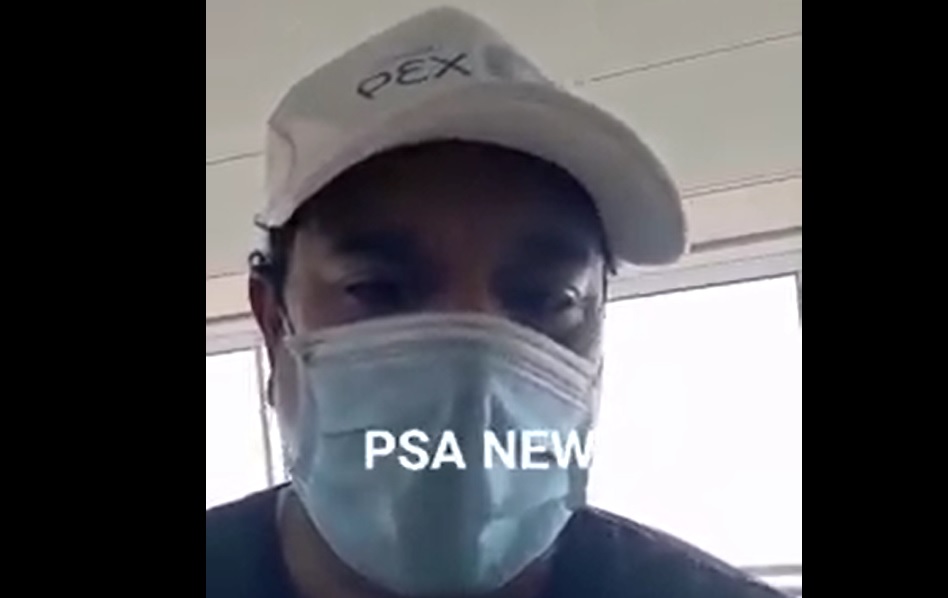 A screenshot from a video posted regarding ongoing quarantine conditions on the Enchantment of the Seas.

At least one Trinidadian national quarantined aboard the Enchantment of the Seas is upset about the Ministry of Health’s call for a third COVID-19 test to be administered following positive outcomes for three others on the ship over the weekend.

The unnamed national took to social media to vent his frustration with the government’s decision, calling it a broken promise by the administration. The video was posted on a Facebook page run by the Public Service Association.

“He (Minister of Health, Terrence Deyalsingh) is now requesting a third PCR test and we must be confined to a facility of his choosing. Nowhere in the CDC standards is a third test required,” he said.

The Ministry of Health announced on Sunday, that all quarantined nationals aboard the ship will be taken off and put into state quarantine.

Based on the Ministry’s quarantining and testing policy so far, once two consecutive negative tests have been completed for a set collective, the quarantine period should be over. However, in light of incidents where positive tests came during the second round of testing, the Ministry can call for third tests to ensure there is no spread of COVID-19 within the set collective.

Despite this, the staffer said it’s unfair that they are being made to undergo yet another round of testing.

“The agreement was who tested negative will depart the great Enchantment of the Seas on the 26 of this month. As stated, the reason I’m taking to this particular platform is in the frustration; the total frustration of my and other citizens of T&T that he (Terrence Deyalsingh) went back on his word,” he said.

The person is requesting that the Minister of Health visit them at the port to hear the frustrations and concerns they have regarding their quarantining experience.

Health Ministry: Cruise ship passengers to be quarantined on land

International flyers may soon need to get virus vaccinations