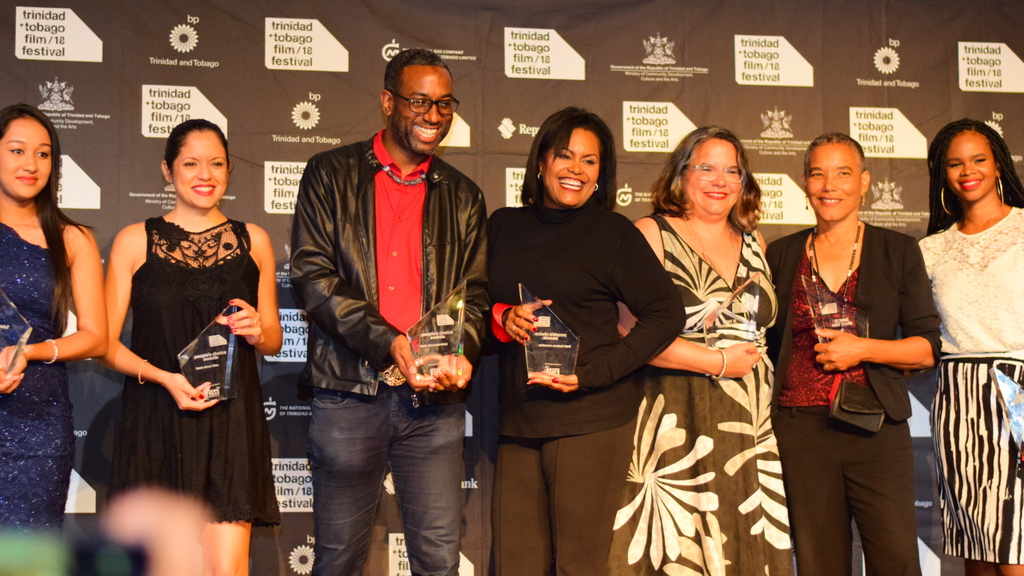 The thirteenth edition of the trinidad+tobago film festival (ttff) culminated in a love-fest of awards and accolades for local filmmakers at the ttff/18 Awards Ceremony at Central Bank on Tuesday, September 25.

Loop was there to capture the culmination of the successful film festival.

For the third year, this initiative sought to prepare students of the Ken Gordon School of Journalism at the College of Science, Technology and Applied Arts of Trinidad + Tobago (COSTAATT) for the rigour, best practices and industry standards of critical film analysis and festival reporting.

Ten students from the programme were selected to write critical reviews of films under the mentorship of film critic and journalist, BC Pires, for posting on the ttff website and social media platforms during the Festival. Now, at the conclusion of the Festival, the best Future Critic has been selected on the basis of the quality of their writing and analysis, their ability to meet tight deadlines, and the number of reviews published.

The People's Choice Award for a Short Film

The People's Choice Award for a Documentary Film (Sponsored by FilmTT)

Hero: Based on The Life and Times of Mr. Ulric Cross WINNER

The 15 participants in the Caribbean Film Mart were invited to pitch their project at the end of the two-day mart workshop. Three international film professionals adjudicated this process.

The participants and their projects are:

Ida Does, Filmmaker from Suriname

The annual Green Screen-Environmental Film Festival will run from October 31 to November 3 with movies that focus on environmental conservation, climate change, green energy, and sustainable development. From October 24 - 27, Animae Caribe, the Caribbean's largest and most prestigious animation festival will provide a platform for the development of animators. The Festival attracts top animators from studios such as Dreamworks, Aardman, Pixar, Cartoon Network and Nickelodeon to Trinidad and Tobago to present and host workshops for potential, novice and professional animators.

Q&A: How to handle technology issues with online school