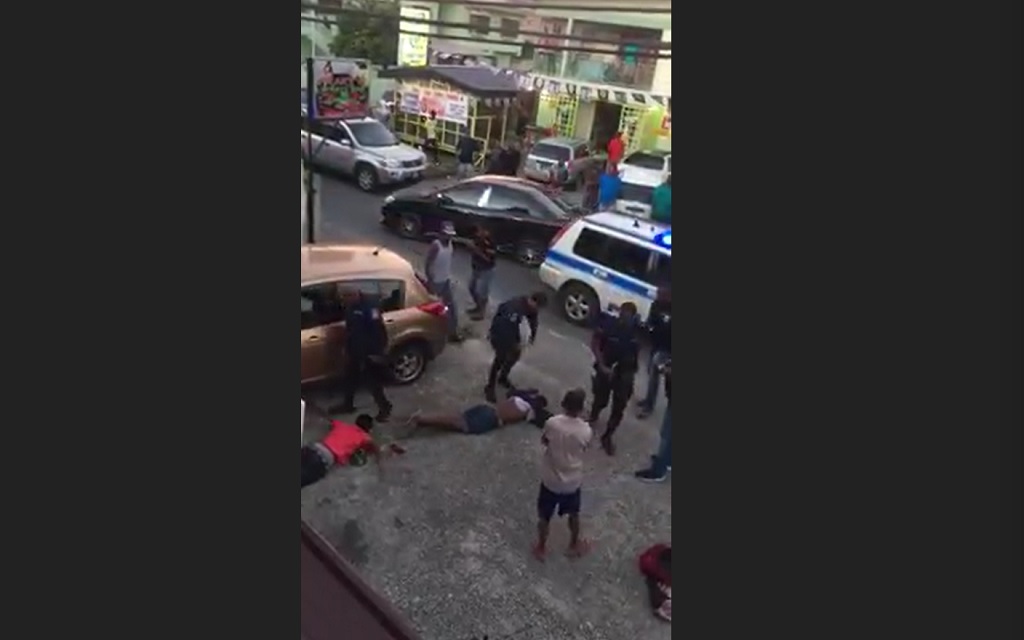 Citizens in the Tacarigua area were commended for detaining suspects after an attempted robbery at a Tacarigua bar, but the police is urging citizens to be careful when putting matters into their own hands.

The video footage, which went viral earlier this week, showed two suspects being held outside of a bar in Tacarigua where an attempted robbery took place.

Police officers soon arrived and took the men away for questioning.

Public Relations Officers of the Trinidad and Tobago Police Service, Acting ASP Michael Jackman, said to LoopTT that there are provisions under law for the public to make a citizen's arrest, mainly under common law, where someone is committing a breach of the peace.

However he urged citizens not to put their lives at risk and to carefully assess the situation before attempting a citizen's arrest.

"There are provisions for citizens to make a citizen’s arrest where where someone is suspected of committing serious crimes like murder, robbery, larceny, rape etc. Citizens can detain those persons and hand them over to the police.

"However we ask citizens to exercise caution when attempting to detain a suspect as they could endanger their lives while doing so. They can of course contact the police and provide a description of the suspect with details like their age, address, location, height, clothing worn at the time etc, and officers can then detain them.

"We just ask that persons exercise caution and assess the situation before attempting the arrest and to ensure that they do not endanger their own lives in the process," he said.

"Of course, reasonable force must be used before arresting anyone, use only that force which is reasonable and necessary in holding the person for the purpose of handing them over to the police."

"We are definitely not advocating for anyone beating persons or assaulting persons with weapons," he said.

Under section 3(2) of the Criminal Law Act, Chap. 10:04, a person can arrest without a warrant anyone who is, or who he, with reasonable cause, suspects to be, in the act of committing an arrestable offence.

Additionlally Section 3 (3) of the Act says (3) where an arrestable offence has been committed, any person may arrest without warrant anyone who is, or whom he, with reasonable cause, suspects to be, guilty of the offence.

In Trinidad and Tobago an arrestable/indictable offence is one for which the penalty is at least five years’ imprisonment.