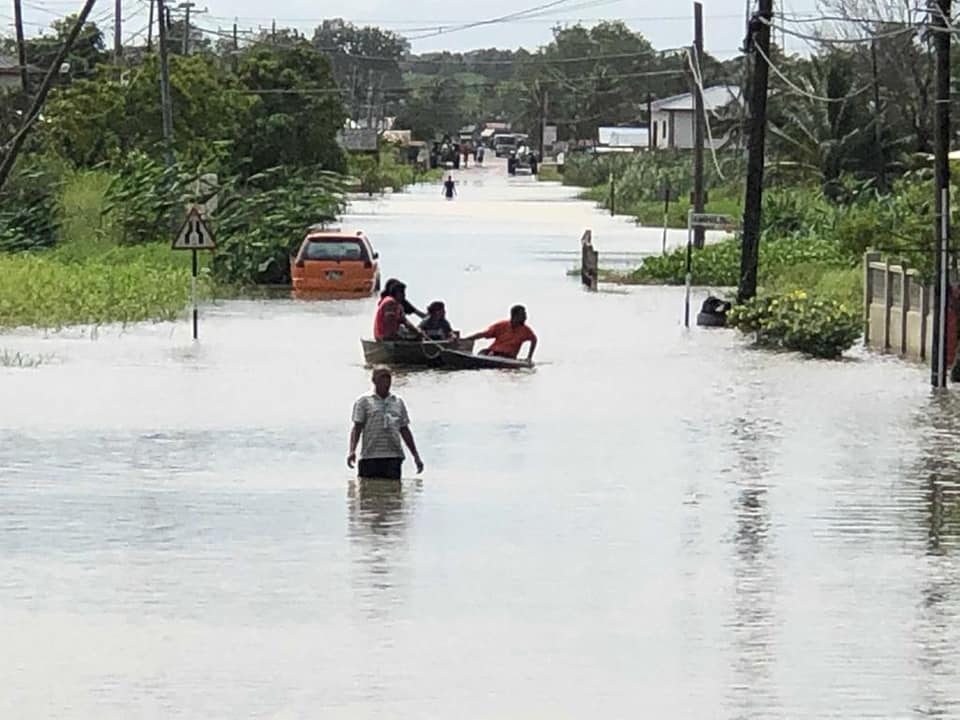 The year 2018 was almost too much for many citizens in Trinidad and Tobago. From natural disasters to crimes, accidents and more, the year 2018 was full of ups and downs for many.

Here’s a look at the top 10 viral videos that ranked highest on LoopTT:

What started out as a mundane Tuesday afternoon quickly turned into chaos after a 6.9 earthquake caused terror nationwide, shattering windows, rattling grocery items off shelves and even causing major cracks in buildings, roads and more.

Buildings throughout the country showed signs of damage and communication dipped temporarily, minutes after the event, as citizens struggled to come to terms with the extent of the earthquake.

The nation’s emergency responders, however, sprung into action, issuing statements of assurance and sending officials out to appraise the damage and keep order.

The earthquake was one of the country's biggest seismic events over the last 50 years.

During the month of October heavy rainfall turned into a national disaster of epic proportions, causing life-threatening flooding in areas such as Oropune and La Horquetta, as well as other parts of North, South, and Central Trinidad.

It is estimated that residents and businesses lost hundreds of millions of dollars in property.

Government issued flood relief aid to HDC residents in flooded areas in an effort to help residents recover from the catastrophic damages suffered.

However, in a spot of good news, a video circulated showing the good work of the Kalpoo Brothers as they used their boats to rescue residents marooned by flood waters.

The nation was horrified after two cyclists, British expats, well-known chef Joe Brown and BPTT employee Joanna Banks, were killed while cycling along the nation’s roadways.

Drivers have since been urged to pay attention and respect cyclists as they traverse the nation’s roadways.

Several people were arrested and charged after some residents in Beetham splashed Minister in the Office of the Attorney General, Fitzgerald Hinds, with flood water following flooding in the area.

The video footage was shared widely online with many condemning the act.

A video showing what appeared to be illegal immigrants landing on a beach in South Trinidad and running ashore caused concern among citizens.

The Ministry of National Security detained several foreign nationals following the video’s circulation online, however the issue of protections for asylum seekers and refugees remains unclear after Attorney General Faris Al-Rawi said to media that there are currently no refugee laws in Trinidad and Tobago.

7. Chaos on Beetham Highway after shooting

Mass chaos occurred on Beetham Highway in November 2018 after a shootout occurred amidst rush-hour traffic. The getaway car crashed into several cars in a bid to escape, while other drivers turned around in fear, attempting to escape the situation.

8. Musician gunned down at Penal bar

Gruesome CCTV footage showed as a musician and friends were brutally gunned down at a Penal bar. Shivie Ramdhanie and several others did not even have time to see as the armed attacker approached and began firing, killing him and injuring several others.

The incident caused outrage among citizens.

In a more lighthearted twist, several dancers showing off their skills went viral online in November 2018.

The dancers were seen rolling, flipping and diving along the Diego Martin main road during an event.

The Commissioner has been praised by many for his hard-line approach toward crime fighting.