Watch: Tuesday on the Rocks on the Savannah Grass 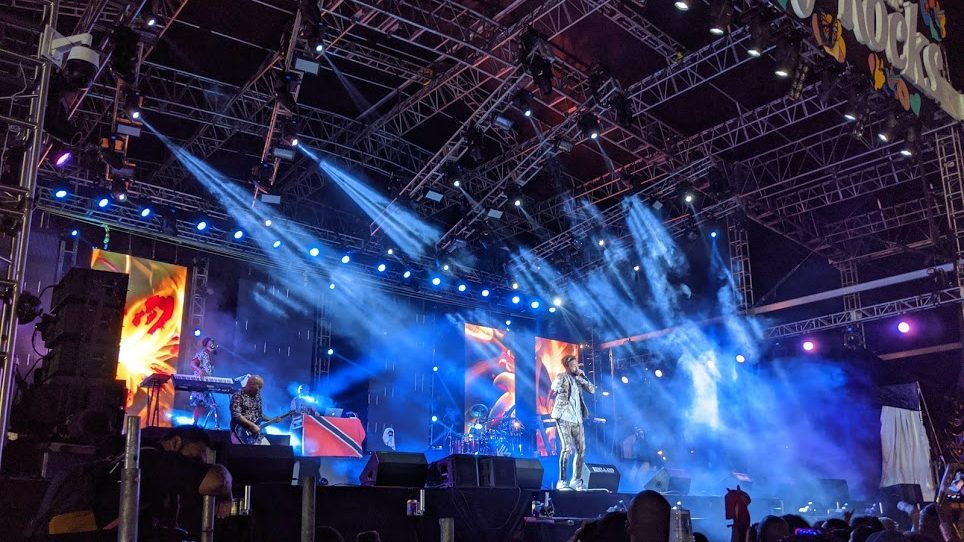 The 2019 installment of Tuesday on the Rocks was arguably the biggest and best yet.

Held on the “sacred” ground of the Savannah Grass at the Queen’s Park Savannah on February 18, the electric rhythms of the Caribbean were on full display.

It was much more than your typical Carnival fete with patrons being treated to the diverse sounds of Afro B whose hit song Joanna got a warm reception.

Etienne Charles’ prowess on the trumpet for his collaboration Magic with Kees’ and Jimmy October definitely stole the show.

Tuesday on the Rocks came to a close with the season’s biggest soca hit – Kees’ collaboration with Iwer George – Stage Gone Bad. The tune sent the crowd in a frenzy, with some patrons climbing onto the fence and scaffolding at the front of the stage.

Speaking with Loop News after the show, the South native said he saw connectivity in the musical genres that he felt needed to be celebrated on one stage.

While the magic of the music was the obvious draw, one must make mention of the food and drinks available.

At the north side of the Savannah stage, there was no shortage of options with food stations and bars and a VIP Executive Deck where patrons could enjoy both the food and the show.

Here’s a look back at some of the highlights of the night.

Machel Montano: We saved the best for last