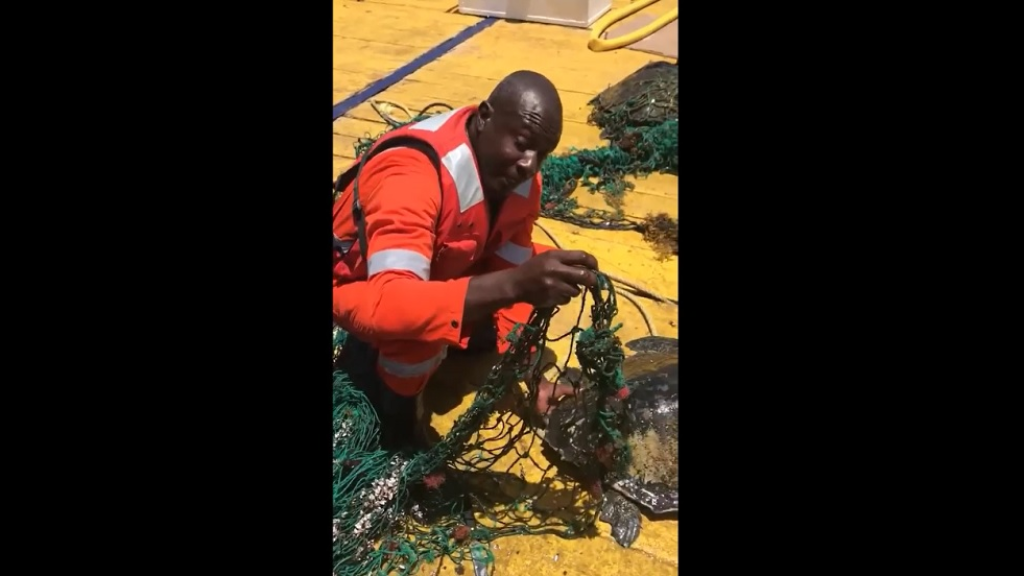 A heroic rescue of two vulnerable Olive Ridley turtles by offshore workers is being praised online.

The video was shared to Facebook group Trinis Who Fish on May 19, showing the turtles entangled in piles of abandoned fishing nets.

The post has since gotten over 500 shares online as citizens thanked the men for their good deed.

Facebook user Keane Goolcharan said the turtles were spotted off the East coast of Trinidad.

“Rescued these guys today out at the east coast of Trinidad. Saw them caught up in the net fighting to survive while drifting down the coast,” he said.

“Offshore workers in Trinidad rescued two Olive Ridley sea turtles from a Ghost Net off Galeota. They said it is all in a day’s work and they need no thanks, but we want to say “Thank You”.”

“We don’t often see Olive Ridley sea turtles in Trinidad so we reached out to Dr Scott Eckert of Widecast, Dr Rachel Graham of MarAlliance, Kyle C. Mitchell of Nature Seekers and Kate Charles of Ocean Spirits for help with species ID. Thank you all! (Marc).”

This is the second incident involving ghost nets being shared on social media for the month - fisherman Brett Thompson shared video online on May 7 showing abandoned fishing vessels riddled with ghost nets.

Thompson showed numerous marine species caught in the ‘death trap’ - he said ghosts nets proliferate approximately 90 percent of all the structures he has encountered in the Gulf of Paria.

“An extract clip from one of my recent videos displaying a huge abandon gill net located in the Gulf of Paria, Trinidad.”

“Setting nets and wiping out thousands of pounds of fish in one shot is not being responsible nor sustainable. When these nets are lost for whatever the reason, they now become death traps for any living animal that mistakenly comes into contact with them,” he said.

By law it is illegal to catch, harm, sell or have in one’s possession any of the five species of turtles found in Trinidad and Tobago’s waters: the Leatherback turtle, Oliver Ridley turtle, Green turtle, Hawksbill turtle, and Loggerhead turtle.

In addition, it is illegal to destroy or otherwise tamper with turtle nesting sites or to take, harm, or sell turtle eggs.

The penalty for causing damage to sea turtles is $100,000 and imprisonment for two years.

Under Section 5 (1) of the Fisheries Act, anyone using a commercial shrimp trawler who accidentally captures live marine turtles during fishing operations must immediately return the turtles to the sea or attempt to revive them as guided by law.

Trawlers are also mandated to abide by all turtle conservation measures as advised by the Minister (S6).

Contravention of these laws could result in a $2,000 fine or imprisonment for up to six months.

In 2016 Trinidad and Tobago was given a yellow card by the European Commission for failing to properly address illegal fishing.

What are ghost nets?

According to the International Union for the Conservation of Nature (IUCN), ghost nets are 'silent killers' - lost, abandoned or discarded fishing nets that are drifting in the ocean currents, ensnaring, harming and killing wildlife.

Predatory species like turtles are lured into the nets by the fish already caught and then become entangled themselves. Often unable to break free from the mesh, they drown or slowly starve to death. 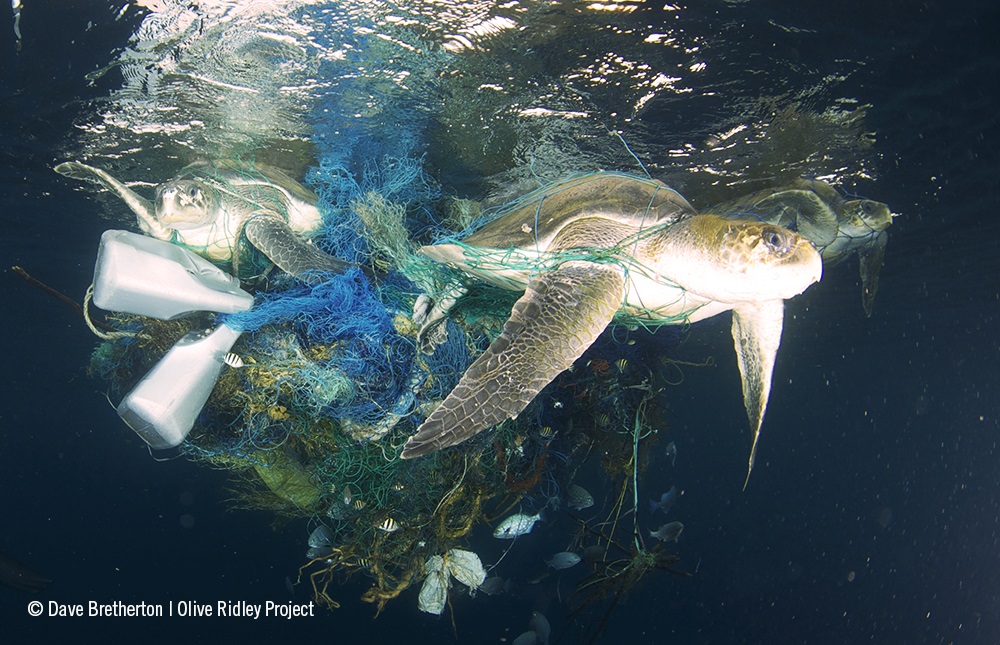 The nets are made out of strong plastic-type material and persist in the water for a very long time, killing and killing again.