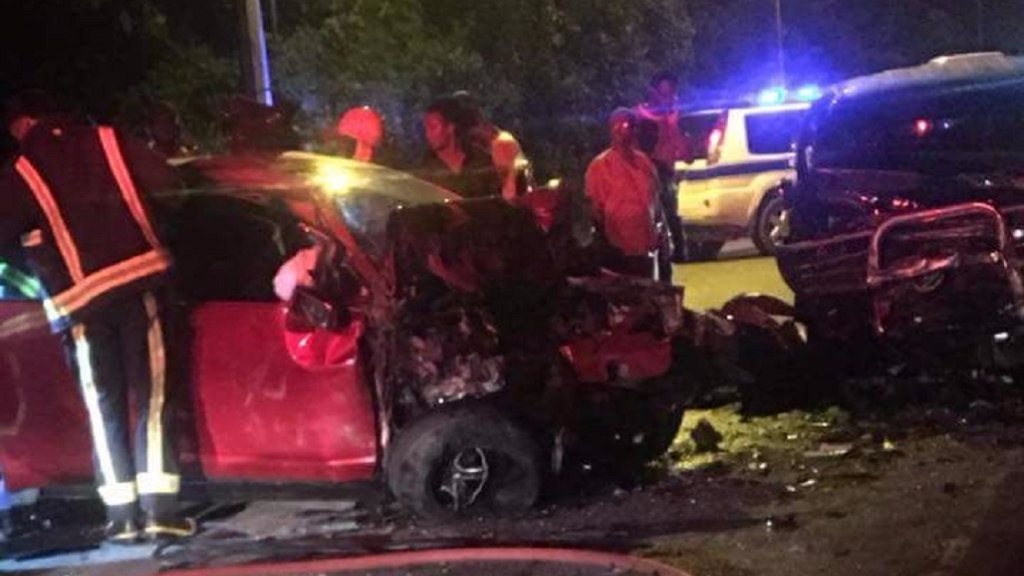 At least two women are dead following a horrific head-on collision in Wallerfield on Monday night.

While up to 6:00 am Tuesday information was still coming in, the incident was said to have occurred at about 10:30 pm on Monday night along Antigua Road, Wallerfield.

A Nissan Tiida was said to have been proceeding southbound along the roadway, when for reasons unknown the driver of the vehicle lost control of the car.

The Tiida reportedly sideswiped other vehicles on the opposite lane before crashing headfirst into a pickup truck which was proceeding northbound.

The police, firefighters, and emergency health services were notified.

The jaws of life were used to gain access to the two female victims in the Tiida, who had been pinned inside of the car.

Sadly, the two women succumbed to their injuries at the scene.

They have been identified as Callistra Daniel and Sandra LaBarrie.

A man and a woman who were in the van were said to have suffered significant injuries in the incident. They are both said to be police officers, identified as WPC Harding and PC Brown.

They were both rushed for medical treatment.

Their conditions up to 6:00 am Tuesday were said to be stable.

This was one of two fatal road accidents which occurred on Monday.

In a separate incident, a 37-year-old man died while driving along the Solomon Hochoy Highway near Freeport.

It is not yet known if his death was caused by injuries sustained in the accident or due to an illness.

Tobago cop calls for safety after motorcyclist dies from accident

One dead in Santa Cruz accident