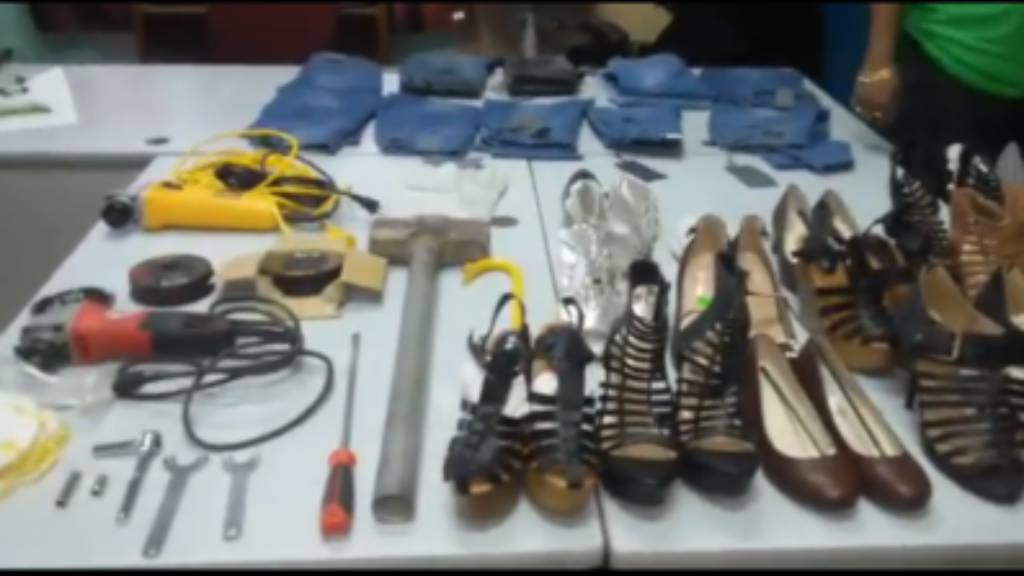 Two men are expected to appear before a Sangre Grande Magistrate Wednesday after they were caught red-handed attempting to break into a jewellery store in Sangre Grande, as J’ouvert celebrations got underway on Carnival Monday morning.

Officers of the Sangre Grande CID, under the supervision of Insp. Ken Lutchman, were on foot patrol along Eastern Main Road, Sangre Grande, around 4:30 am on Monday, when they received information of persons attempting to break into Faiz Jewellery Store.

The officers visited the scene and saw a hole had been made in the wall of a clothing store adjoining the jewellery store.

The officers observed that the men were in the process of cutting another hole in the wall to access the jewellery store.

The officers also found a bag containing house breaking implements in their possession, and a quantity of clothing and shoes, which were stolen from the clothing store.