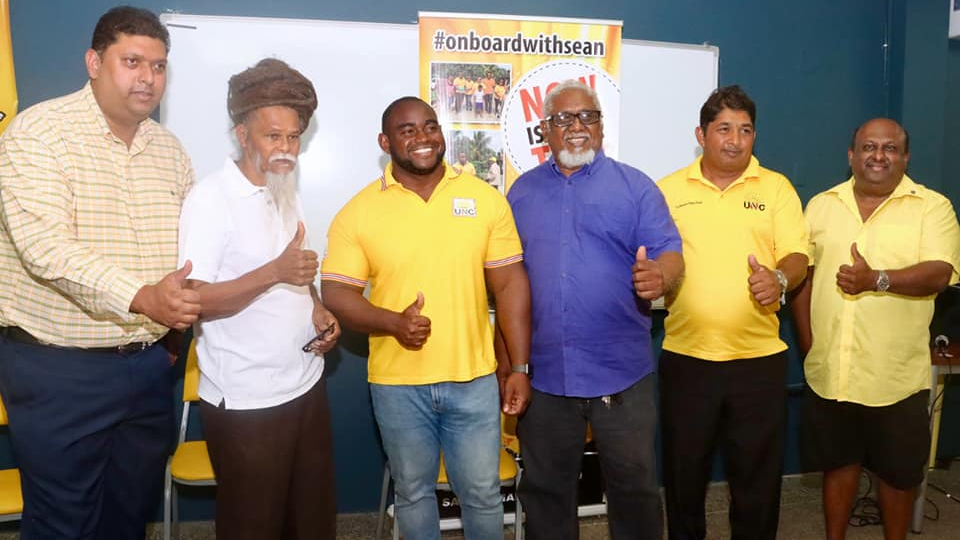 San Fernando West will be home to the country’s first government-assisted school for students with special needs.

This from United National Congress (UNC) candidate Sean Sobers who said years of successive governments have ignored the needs of the people they were elected to represent.

Sobers, at a cottage meeting in San Fernando West on Monday evening, said the constituency's youth, in particular, have been abandoned by their representatives.

Sobers said he understood the feeling of disenfranchisement with the continued “empty promises” made by politicians over the years.

He made a rallying call to those present at the meeting to come together to put a stop to this status quo.

“It is a responsibility that each and every single one of us here today has to adopt to nurture, to spread, to multiply, to be successful together.”

Sobers said this change will begin with San Fernando West, with plans to engage the youth and discourage them from a life of crime.

He touched on plans to implement learning resource centres and sporting activities to help uplift T&T’s youth, with particular emphasis on treating with those with special needs.

The UNC candidate said it became evident from his various walkabouts in the constituency that the people of San Fernando West, and by extension, the entire country are hurting.

Sobers promised to change the narrative that politicians seek the support of their constituents but disappear for five years after being elected.

He said, if elected, he would put an end to that “hurt” they have experienced.

The UNC candidate also committed to continuing any project deemed to be “good” started under the PNM government that will redound to the benefit of the people and the development of San Fernando.