WATCH: US tourists fight over umbrella on Saint Kitts beach 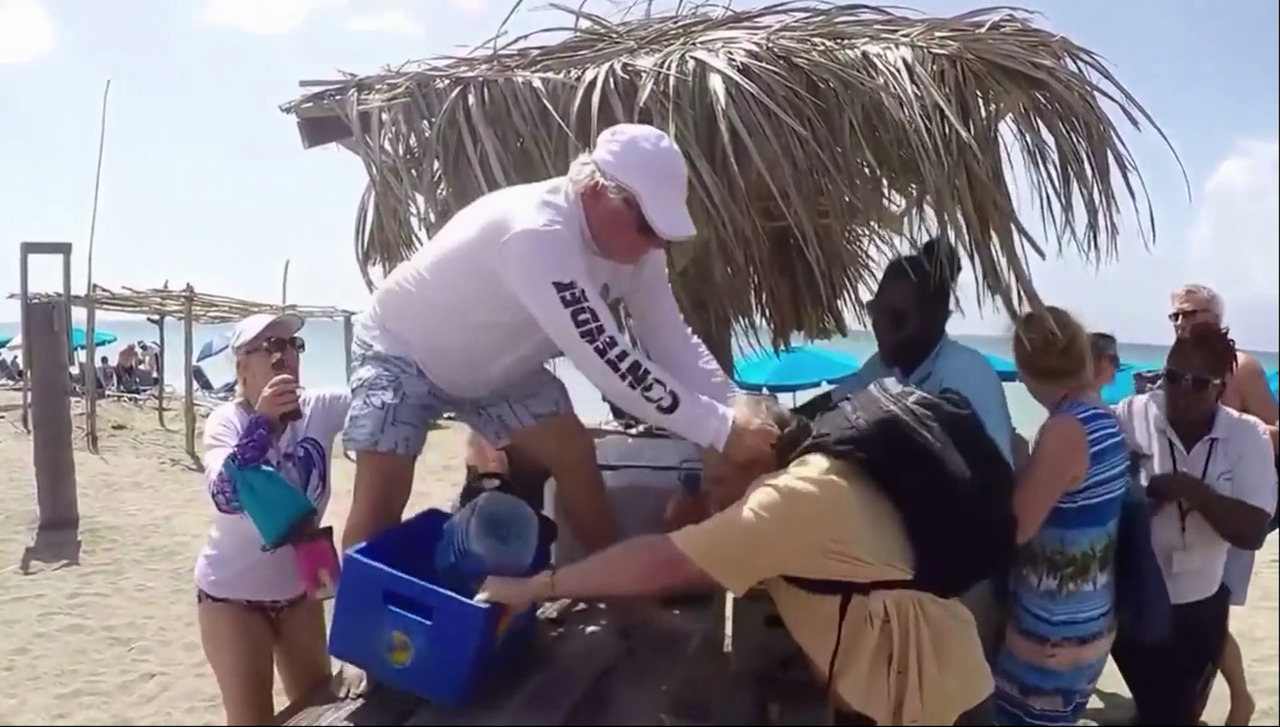 Footage has emerged of two US tourists fighting over beach chairs and an umbrella on the Caribbean island of Saint Kitts.

In the video, a man wearing a yellow shirt and backpack is complaining about not getting a seat at the beach to staff.

A man in a white baseball cap and white top seated at a picnic-style table under a straw umbrella by the beach tells the man with the backpack to "shut the f**k up. Just shut up and sit down. You'd think they f**king robbed you!"


The other man responds: "They did!"

"No, they didn't. They didn't give you a f**king chair and an umbrella. You got everything else. Just shut the f**k up and sit down,' the man says.

"We can discuss it a little differently," the backpack-wearing man says, approaching the table. He then appears to spill the other man's drink.

This leads the man in white to jump on the bench and land a punch on the man in the backpack while a female voice in the background says "No! No! No!"

The two then wrestle on the sand before being separated.

The man filming was visiting Saint Kitts and Nevis on a private trip. He later wrote online: "Around 1 pm (on October 20), a catamaran came with about 30 people. It was a cruise line excursion. The excursion group were promised the same thing (beach chairs and umbrella). Unfortunately, they had run out."