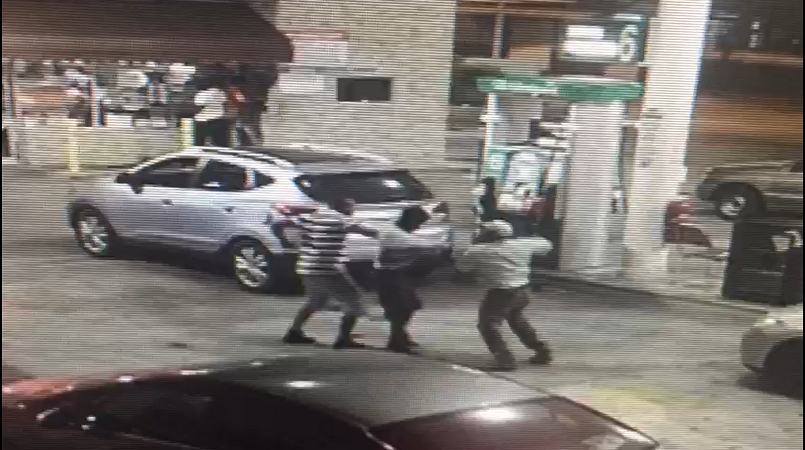 A video of a horrific attack by two men on an attendant at an El Socorro Gas Station has gone viral via social media, causing concern among citizens.

A representative from the Unipet station on El Socorro Road said to Loop on Thursday that the attendant, who is currently on sick leave, was not seriously injured and is recovering.

She added that the CCTV footage was not released by the company, as the attendant preferred not to press charges.

The video, dated April 25, 2017, shows the elderly attendant speaking to a man who was leaning on one of the cars in the station.

Upon being approached, another man emerged from the back seat of the car and proceeded to aggressively attack the attendant.

Both men proceeded to then beat and kick the man. The second man, who was wearing black short pants and a white t-shirt, seemed to be holding a windscreen cleaner which he used to beat the victim.

Even after several persons stepped in to stop the violence, the man was seen still attacking the victim.

Citizens expressed outrage at the attack.

"No respect, no conscience, no thought as to actions & consequences. Ignorance is such a damning thing, especially in a situation like this one, when smoking in a gas station of all places, can be catastrophic. Bunch of unlearned fools all around. So sad this episode. So sad. Hope that the attendant is going to be alright, & there will be consequences cause of your actions you IGNORANT BULLIES!"

"What kinda kakahole smokes in a gas station,n wrong and strong! An innocent man just doing his job had to bear the brunt of this ignorant fool so called badness . Gosh it terrible out here."

"What is THIS country coming to beast in human form"

"Pappy shoulda have a bullpistle and give them some across dey face, disgusting thugs!"