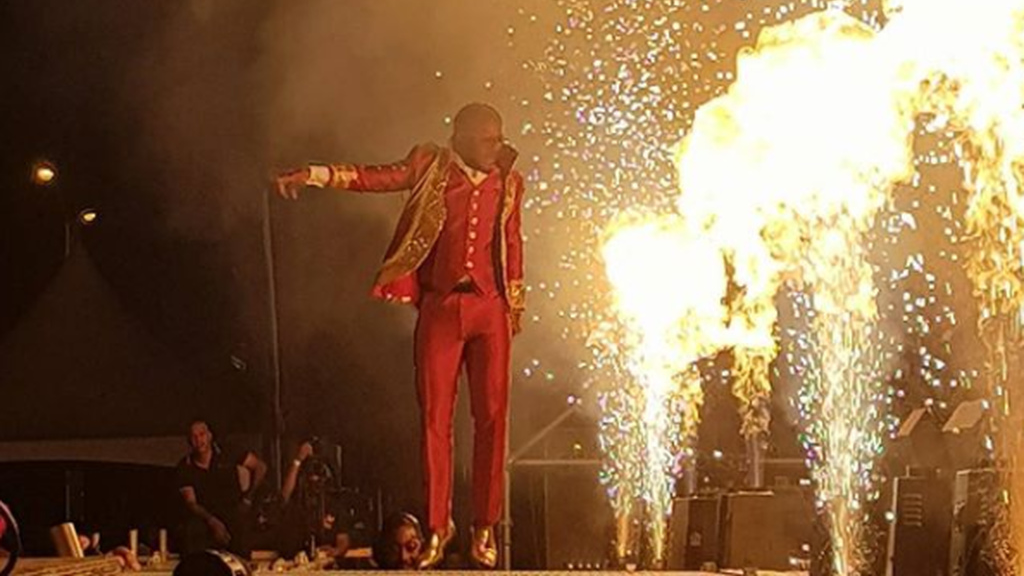 The 'San Juan Youth Man' has won the International Soca Monarch title for a third time with his song "Year For Love".

Voice was an easy favourite going into the competition against a field of 11 singers including Blaxx, who was considered his closest rival in the competition with his motivational song 'Hulk'.

Singing in 11th position, Voice looked every inch a winner dressed in gold and red with giant imagery or love and peace on stage. His voice, which he rested during the week, sounded clear for most of his performance, cracking a bit to the end after he freestyled about his competition and urged the Soca Monarch owners to give him his title.

Blaxx, dressed in a green suit, approached the stage as the veteran he is, calmly delivering his song and introducing a second, more buff hulk character on stage. His presentation was more low-key than expected.

In third position was Orlando Octave singing "Love You So' while newcomer Turner nabbed fourth spot with 'Champions'.

Turner took command of the stage during his performance which included David Rudder crowning him at the end but probably missed out on third place by going over the allotted time on stage.

The final of the competition was held in the Queen's Park Savannah and was a definite improvement over the semis with a larger stage, a live band, De All Starz and a much bigger crowd even though attendance was nowhere close to past years.